Phenology is the study of the seasonal changes found in nature. Below are my weekly notes which I began taking on March 10th, 2012. If you want to post some photos on this site, please visit and post them to the Old Naturalist Facebook page. Don’t forget to add any comments of signs of spring you have seen. 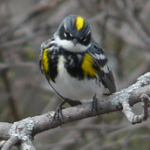 Don’t forget to add anything new that you have seen or heard….

The record heat has continued all week. Yesterday, it was 80° in the Twin Cities. The number of birds calling  has increased 10x since last week. Leading the charge are the usual suspects: cardinals and chickadees.

I not sure what is happening to the weather in this part of the world, but I am already worrying about might happen here in the  summer, since we are seeing such warm weather in March.

What has happened to the silent world of winter that I have been walking in for so many weeks? Within hours, I have gone from hearing a few lonely chickadee calls to a throng of 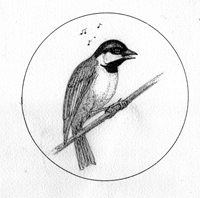 sound on the land including: “cheer-cheer”  calls of cardinals fill the air; “feebee” calls of chickadees are heard in multiple areas.  With the warm south winds, the temperature rocketed from a high of 34° on Friday (3/9/2012) to a record 66° on Saturday. The shift of the winds and the increased daylight has turned our native world upside down.

Add anything you have seen or heard to my list above.

I wonder what is the effect of this cacophony of sound on the land? I can feel the darkness lifting from my own spirit and the energy increasing in my body as the amount of sunlight has increased. I feel certain that the increased sound and light has created stirrings in the land as well.

This entry was posted in Spring. Bookmark the permalink.