Would you pay $50 to go out on a ship, possibly get seasick, stand in the cold and get soaked for 3 hours, just to get a glimpse of a whale? It turns out there are millions of people a year who did precisely that (13 million in 119 countries around the world – (data from 2008)). Not only that, whale watching brought over 2 billion dollars into local economies (world wide).

“Whales watches are exciting because you never know what you are going to see. Seeing a blue or a fin whale you realize the immense size of these creatures. With humpbacks they have so many different types of behavior like bubble feeding and breaching, so every time you go it’s a chance to see something different. Living in New York we are never immersed in nature but when you are out in the ocean it is so vast and the whales are so big, it really helps you let go of all your stress and just experience something totally different.
Sarah Sable, Brooklyn, New York.

Whale watchers live to see a whale surface right off the bow. You hear the sound of the “blow” as the whale surfaces. You hear screams of joy and the permanent smiles on people’s faces. The “people watching” is almost as much fun as watching the whales.
L Wade 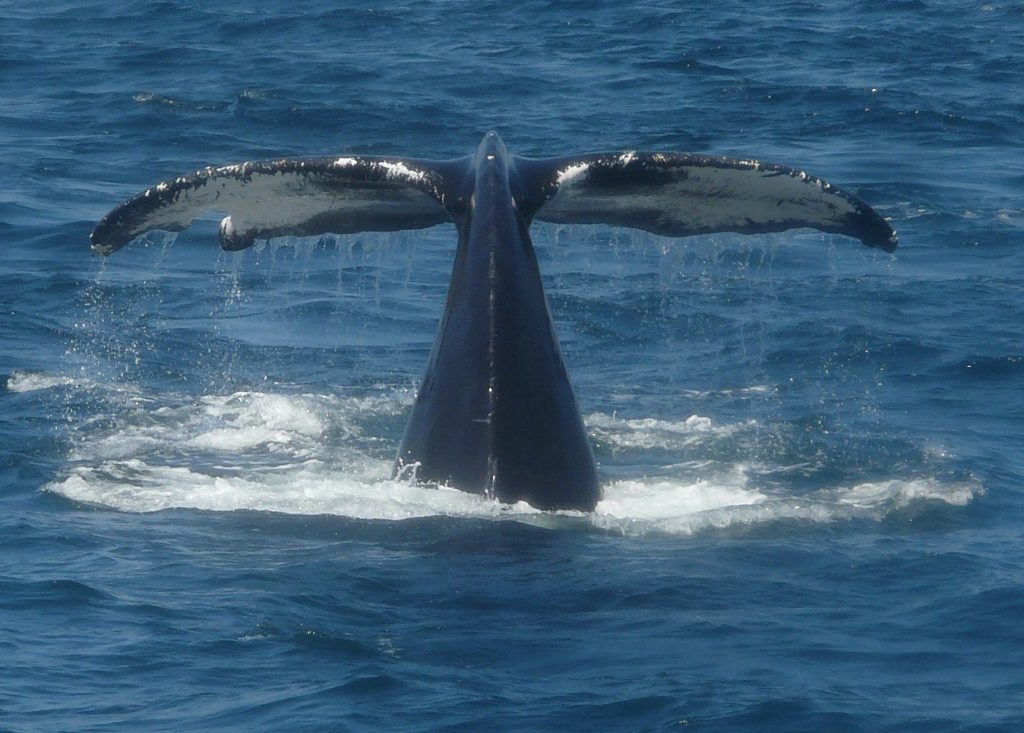 What unique creatures whales are:
They are up to 3 school buses in length.
They have baleen which helps them filter small creatures (zooplankton)
Their flukes (tail)  propel them in the water.
Whales are like something you read about, but never get to see.
L. Wade 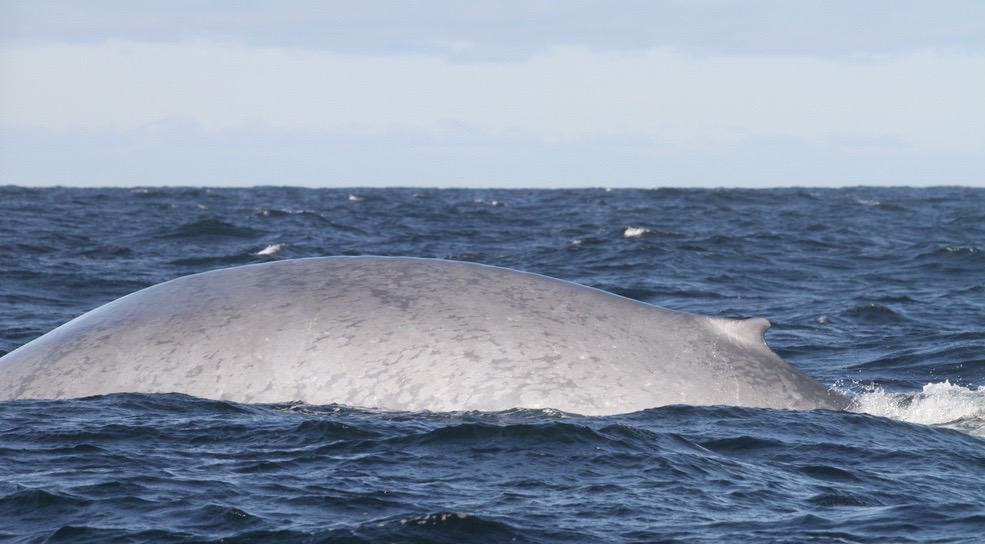 I have been hooked on whales for over 40 years. The first blue whale I ever saw was in 1973. I was working with a group of whale researcher in the Gulf of St. Lawrence. The whale surfaced right in front of us. It was dead quiet until someone whispered, “It’s a blue”. Then we started jumping up and down, like little kids, and screaming with pure joy.
L. Wade

“It’s exciting, it’s fun. You get to go out to the open seas like people of yore and you get to see these amazing large creatures that you couldn’t see otherwise.” Justin Thomson, Brooklyn, New York 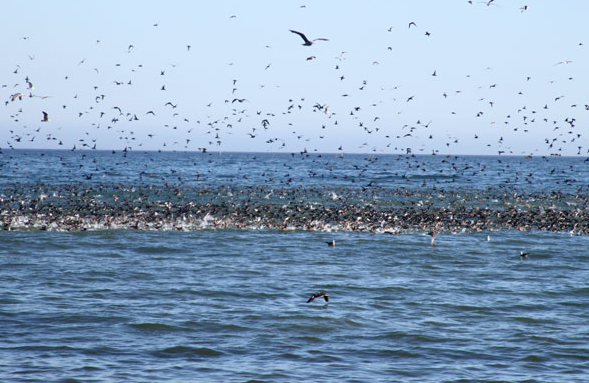 The shearwaters and terns feed on the same prey as the whales. Many of these birds circumnavigate the Atlantic Ocean each year. The Great Shearwater nests on Tristan da Cunha Islands deep in the South Atlantic. While the Sooty Shearwater nests at the southern tip of South America (Tierra Del Fuego). 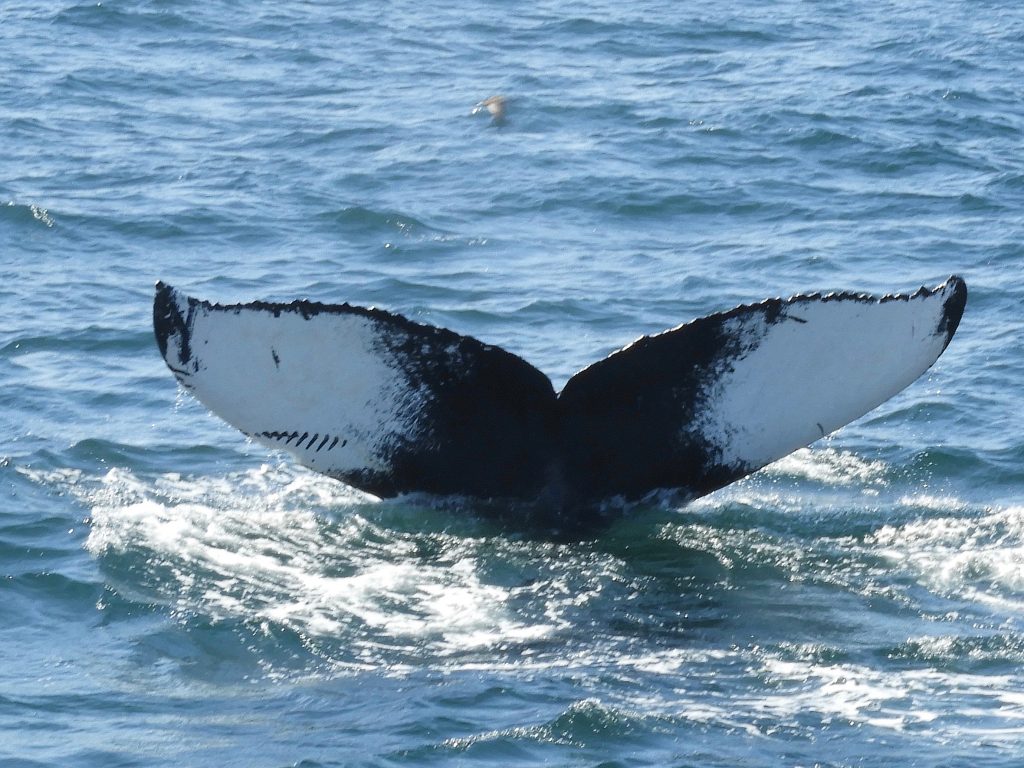 This whale is named “Echo”. The pattern on the lower edge of the left fluke was made by a killer whale. To learn more about how individual humpback whales are identified go to: http://coastalstudies.org/humpback-whale-research/gulf-of-maine/a-humpback-whale-named-salt/
photo by Robert Sable

There has been a world wide ban on whaling for over 40 years. Sadly, Norway, Iceland and Japan still murder whales. Once you have seen a whale in the ocean, it is unimaginable to think of killing one. 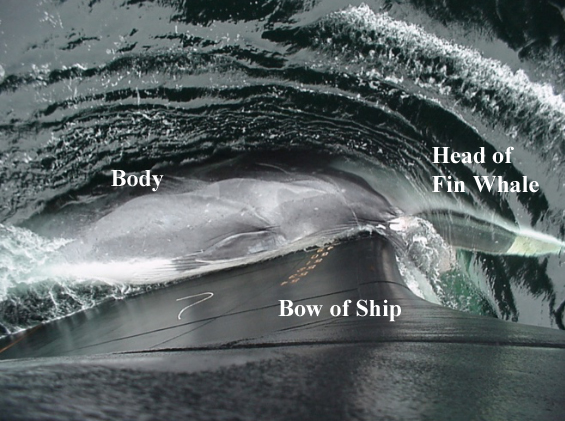 This entry was posted in Nature Notes, Whales & Oceanography. Bookmark the permalink.