Download the Whales Student Activity sheetr. Answer the questions using the text given for the program.  Click here for the PDF: 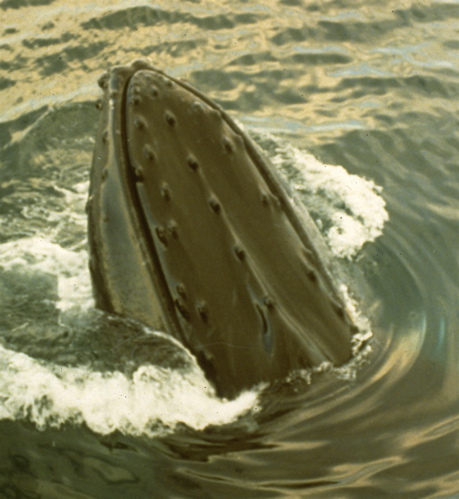 Baleen whales are the largest animals that have ever lived on our planet. They include such giants as the blue whale, fin whale and humpback whale. Baleen whales do not have teeth, but have a series of strainers in their mouth called baleen. The baleen is used for catching and filtering out schools of fish and zooplankton from the water. A baleen whale may have up to 400 baleen plates on each side of its upper jaw. Baleen is not a tooth; in fact, it feels more like a fingernail. 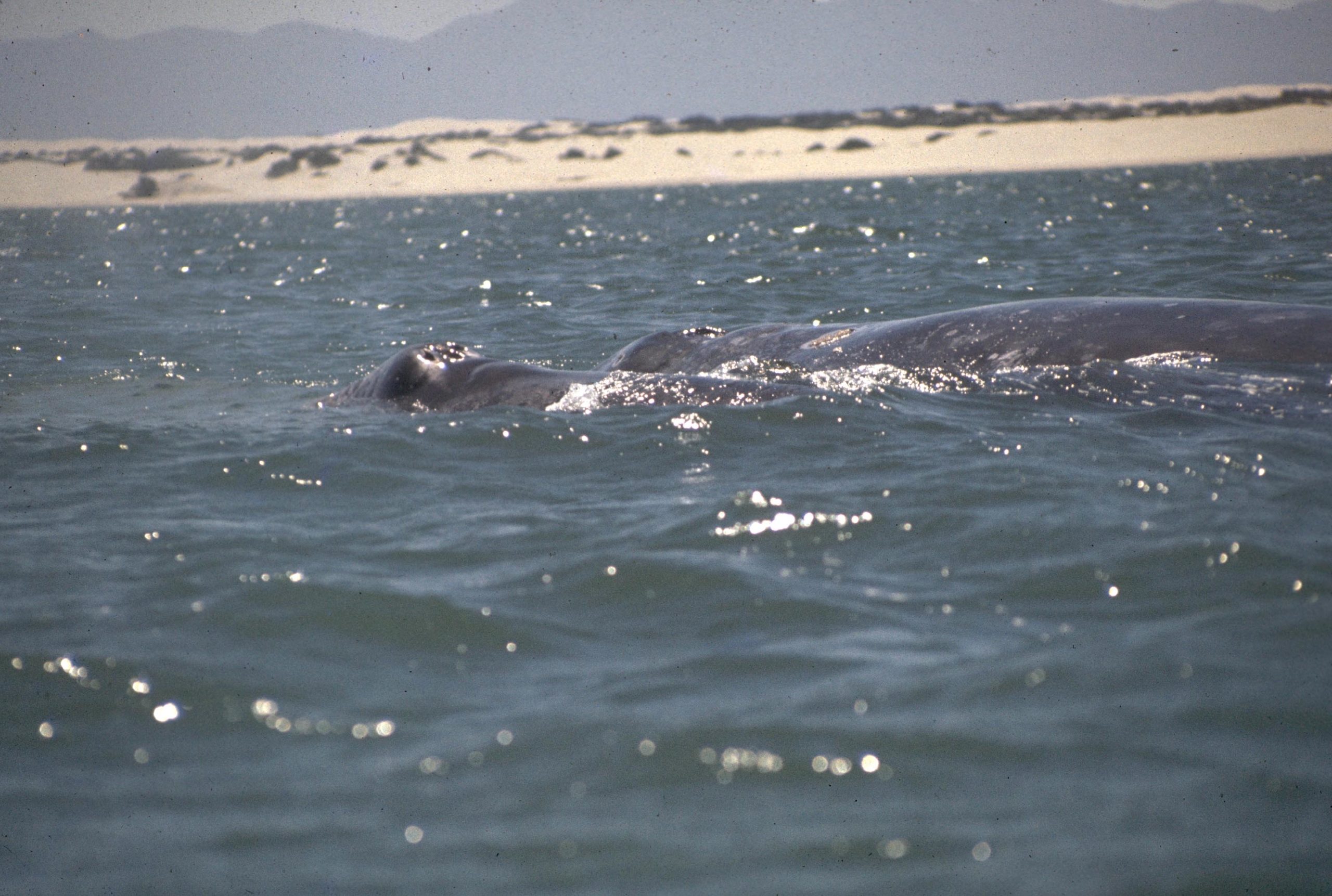 The gray whale lives off of the Pacific Coast and is rarely found more than a mile from shore. The Gray was hunted to near extinction in the 1870’s, but has fully recovered from whaling and now has a population of over 20,000. In the winter, the gray whale breeds in the shallow water lagoons of Baja California, Mexico. In the spring, they migrate up the Pacific Coast and spend the summer feeding in the shallow waters of the Bering and Chukchi Sea of Alaska. The gray whale has the longest migration of any mammal on earth, with  a round trip journey of more than 10,000 miles.

Gray whales feed in shallow water and are bottom feeders. Grays are called “suckers” since they stir up the bottom and suck a slurry of mud, water and prey into their mouths. Gray whales then filter out the mud and water through their baleen. Their prey are called amphipods, which are abundant on the seafloor. 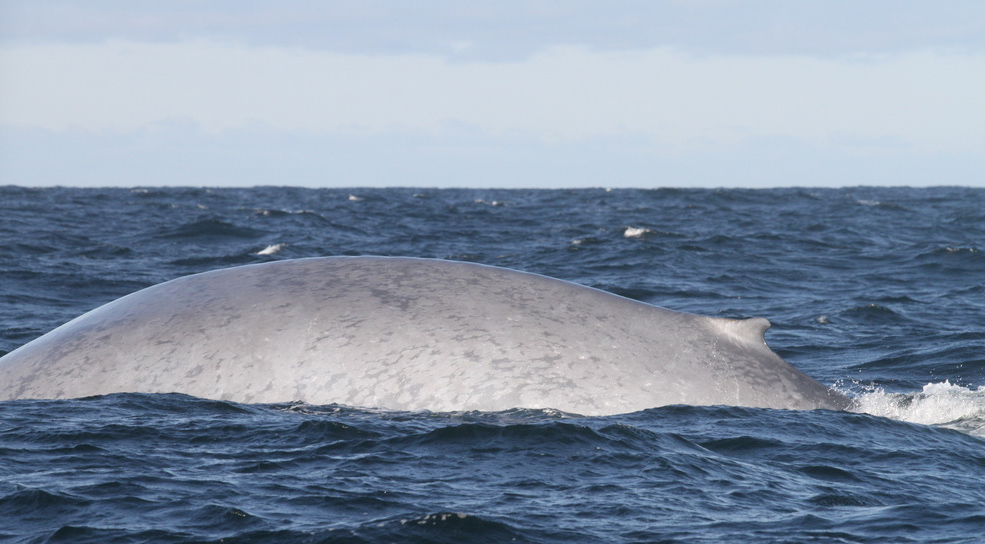 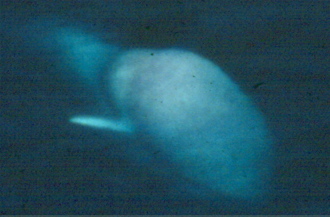 Blue whales feed on krill (shrimp-like plankton), eating up to four tons in a day. When a blue whale is feeding, it takes enough water into its mouth to fill a living room. The ventral pleats (on its underside) expand and fill with water. Blue whales can dive for 10-12 minutes at a time.

Humpbacks are also a favorite of whale watchers because they exhibit so many interesting behaviors in the water. Humpbacks can be seen breaching, flippering (see photo below), and lobtailing. Whalers named them “humpback” because when they dive, their backs “hump up.” 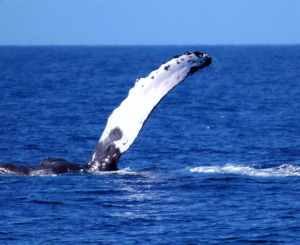 Most baleen whales are endangered due to extensive whaling, but their populations are increasing today. There has been a world-wide ban on whaling since 1986. Humpbacks in the North Atlantic have fully recovered from whaling, even though they had been hunted for 400 years prior. Some Aboriginal tribes still hunt whales today, but only kill one or two whales in a season.  However, there are other dangers to whales today, such as being struck by ships, becoming tangled in fishing nets, water pollution, and their natural predators, orca whales.

Thanks to John Calambokidis, Cascadia Research, Paul Kelly, Maslowski, and Justin Thompson for the use of their photos for this program.