All photos by Old Naturalist, unless noted

Download the Minnesota Mammals Activity. Answer the questions using the text below. MammalsStudentActivitySheet

The timber wolf is gray in color and is the size of a huge German shepherd. Wolves have a sense of smell 100 times stronger than humans.Wolves were once found throughout the United States, but were shot and trapped for over 200 years. In 1849, wolf bounty hunters were paid $3 per kill. Wolves are now restricted to a few remote areas of our country (northern Minnesota, Wisconsin, Wyoming, Montana and Alaska. The wolf population in Minnesota was as low as 750 animals in the 1950’s. In 1974, the timber wolf was declared an endangered species and given full protection. By 2009, the population had increased to over 3,000 wolves in our state and the wolf has been removed from the endangered species list. 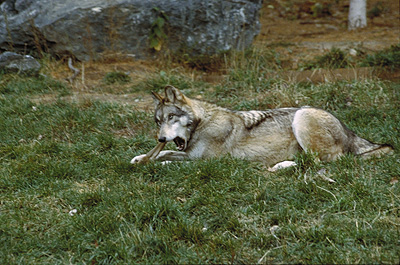 Wolves live in packs consisting of a dominant adult pair and family members of different ages. There is usually ten wolves in a pack. A wolf pack range (area they live in) may be over 150 square miles. Usually only a single pair of wolves will breed in the pack, so that their territory does not get over-populated.

In Minnesota, the main food of wolves is deer and moose. In summer, they eat other prey including beaver, mice and some wild fruits.

Red Fox are found throughout Minnesota in brushy woodland areas, as well as wetlands. They have few natural enemies and their population in Minnesota is high. Red fox weigh slightly more than a cocker spaniel (approx. 15 pound).

Fox are active during the winter. They do not hibernate. They develop a long winter coat, and fur even covers their paws to protect their feet from the cold. 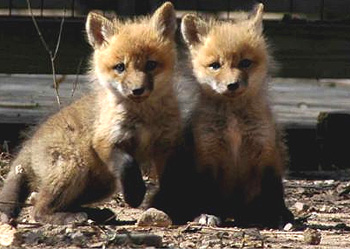 The breeding season begins in February and the pups are born in May (four to ten per litter). Red fox keep the same mate throughout their life. Pupping season is the main time of year when foxes use their dens. The opening to the den is 10 inches. The burrow to the nest is 20 feet long and may get up 40 feet long. The nests consists of a single room
A fox’s favorite food is rabbits and mice. Their diet also includes pheasants, chipmunks, woodchuck, squirrels, and rats. Insect make up a part of a fox’s diet including, crickets, beetles, and grasshoppers. In the summer, they will also eat berries. Fox are capable of hearing a small mammal digging underground and will dig in the dirt or snow to catch their prey. Also, fox stalk their prey and get as close to them as possible before pouncing or chasing. 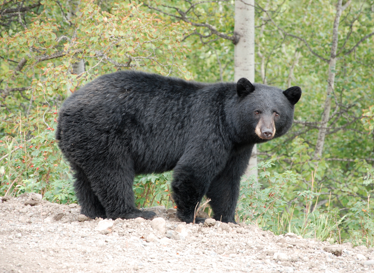 Only 10 % of a black bear’s diet is meat. It is omnivorous eating both meat and plant material. Black bear feed on grasses, fruits, berries, buds, nuts, insects and dead things.

Black bears mate during the summer months and give birth during the winter months, while they are hibernating. Two cubs are the most frequent number in a litter, but there may be as many as five. At birth, a cub is hairless and weighs less than a pound. It will not open eyes for a month. But by the fall of their first year a rapidly growing cub will weigh 60 to 100 pounds. A black bear den may be in a tree, rocky crevices, or a hole that the bear dug.

Black bears usually try to avoid humans. But they can sometimes be a nuisance by getting into garbage, breaking into cabins or getting into a camper’s food. However, there are only three known attacks by black bears in Minnesota, and none of them were fatal.