Observing nature is a process of discovery – of finding the story behind what you are seeing – of SEEing more and so finding yourself woven into the story as well. 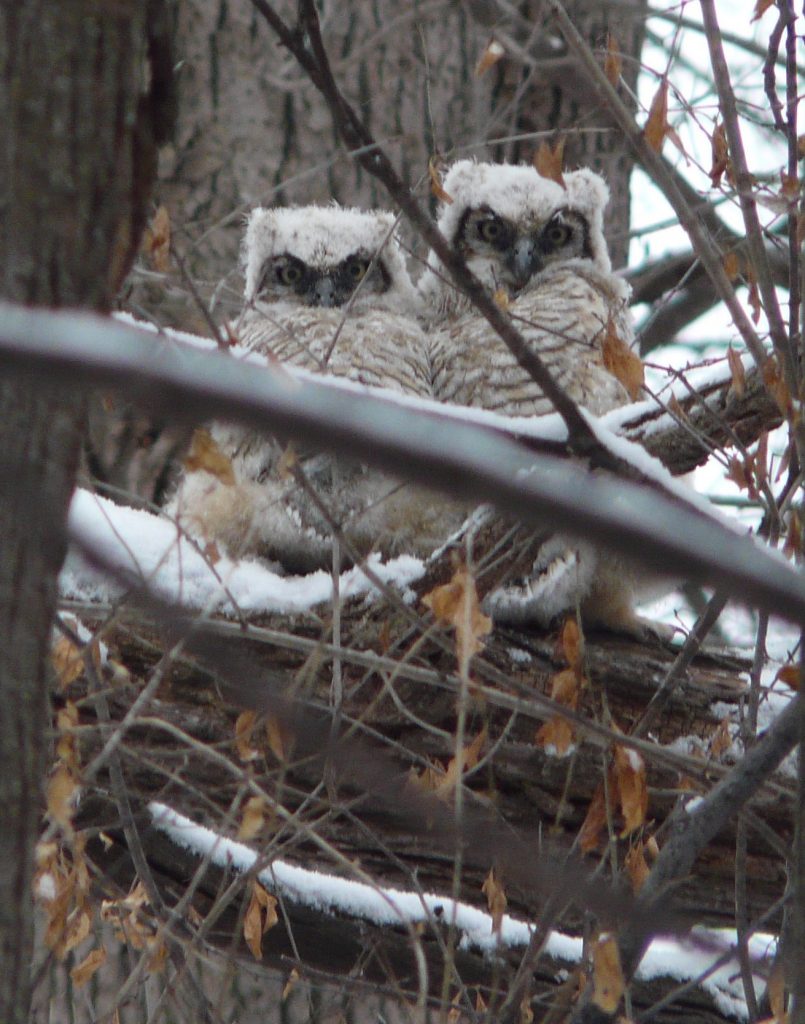 Over the past week I have been tracking the development of two young owlets who have fledged their nest, but their flight is very limited, making them vulnerable to predators.

Fast forward 5 days, we got out of the car and immediately heard the “mobbing” of crows. Usually an indication that an owl was in the area. An adult great horned owl flew in front of us, carrying what looked like a rabbit and the crows were in tow. We found the fresh remains of a raccoon and fox tracks. A predator was near. 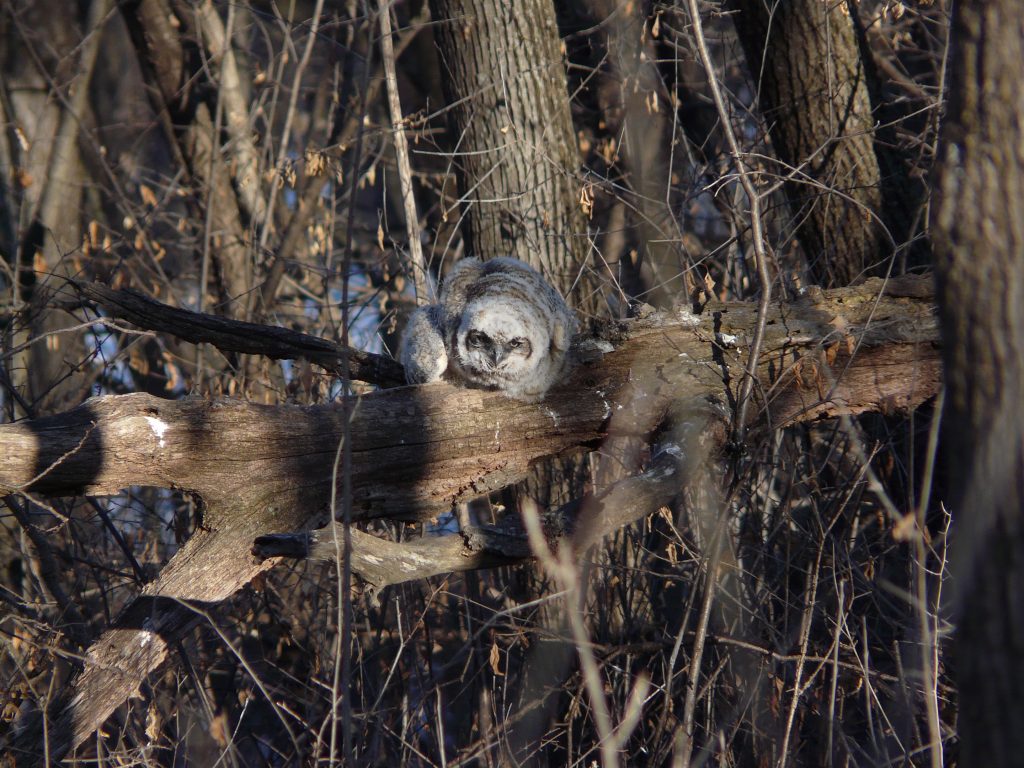 Further down the trail, we saw the smaller owlet of the two on the same branch it had been on days before.The larger owlet was nowhere to be seen. The sun was in our eyes, so we went to a location that we hoped would have a better view. The owlet was hunkered in a defensive mode (photo above). We were too close and made a quick exit. 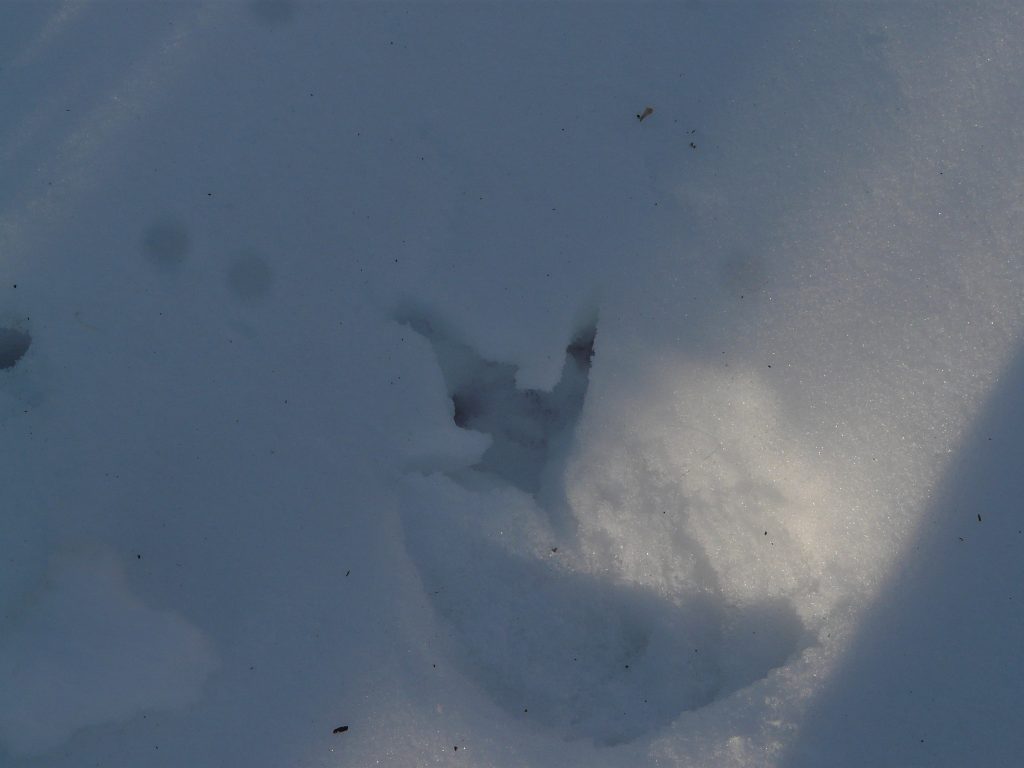 Owl pellets. Owls cough up the fur and bones of the animals they capture

We climbed up on a ridge and had a tree-top view. We saw some owl tracks in the snow and two owl pellets and found ourselves drawn into the sacred web of life.  We were both worried about the whereabouts of the larger owlet. It was nowhere in sight. The adults  seemed to have disappeared, as well.  Not even the crows were  giving us a hint of activity. I said something like, “I am not feeling them anywhere nearby.”

My companion describes what happened next: “Larry went down the trail a ways while I stood silent and seeking. I finally turned around, and there, only 15 feet away, was the owlet, sitting silently watching us from a tree branch. I called to Larry to turn around and when he did we burst out laughing with delight at having the tables turned.”

We moved a safer distance away. Both relieved that the larger owlet was still alive. 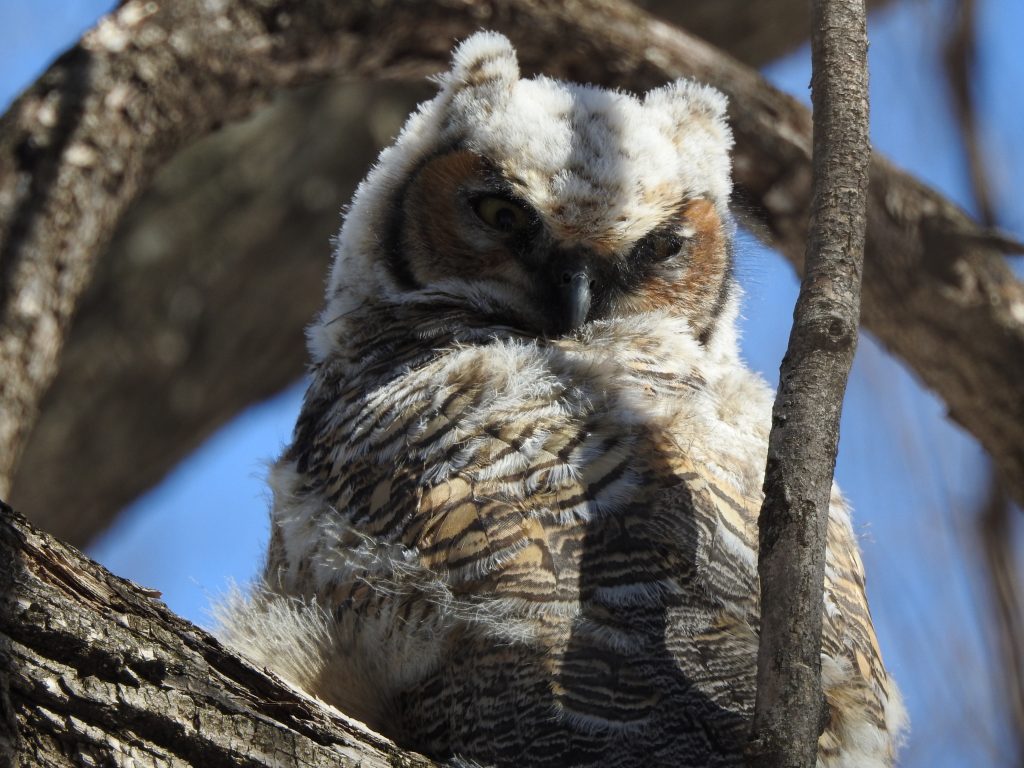 There was humor and delight, there was the struggle for survival, and the respect for the role each living critter plays (humans included). These experiences nourish the soul! 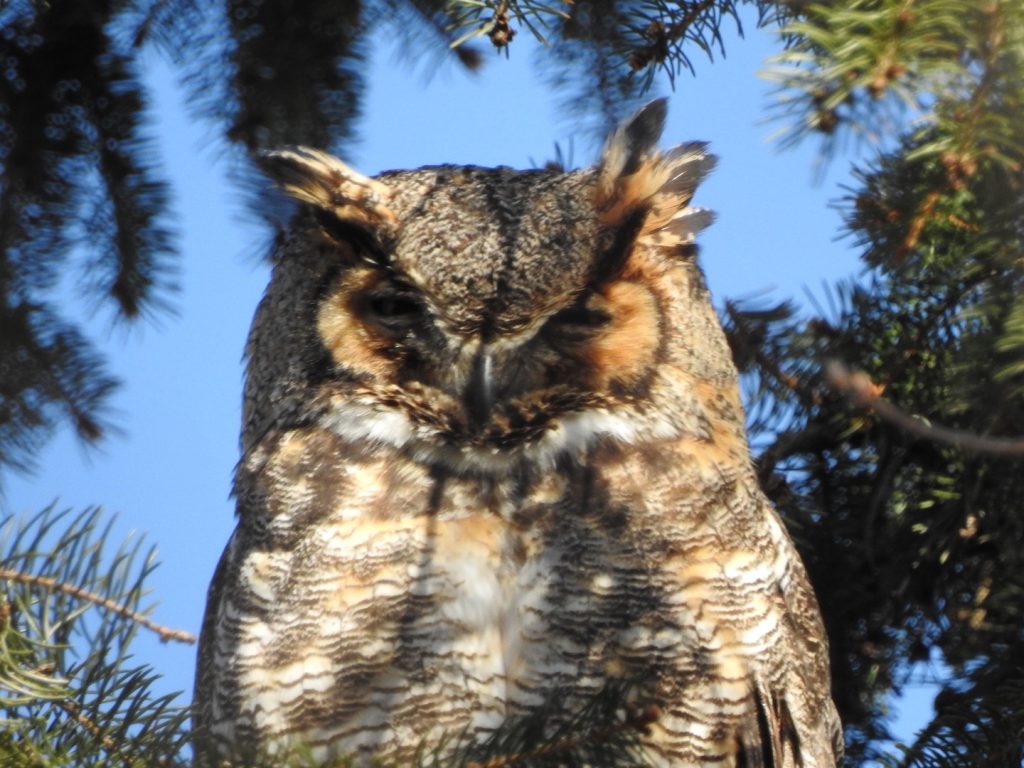 Adult Great Horned Owl
was within 50 yards of the owlets.

One of the adult owls started calling from a large oak 100 yards away. Was the adult trying to draw us further away from the owlet? Then the crows started mobbing again and the owl flew deeper into the woods. 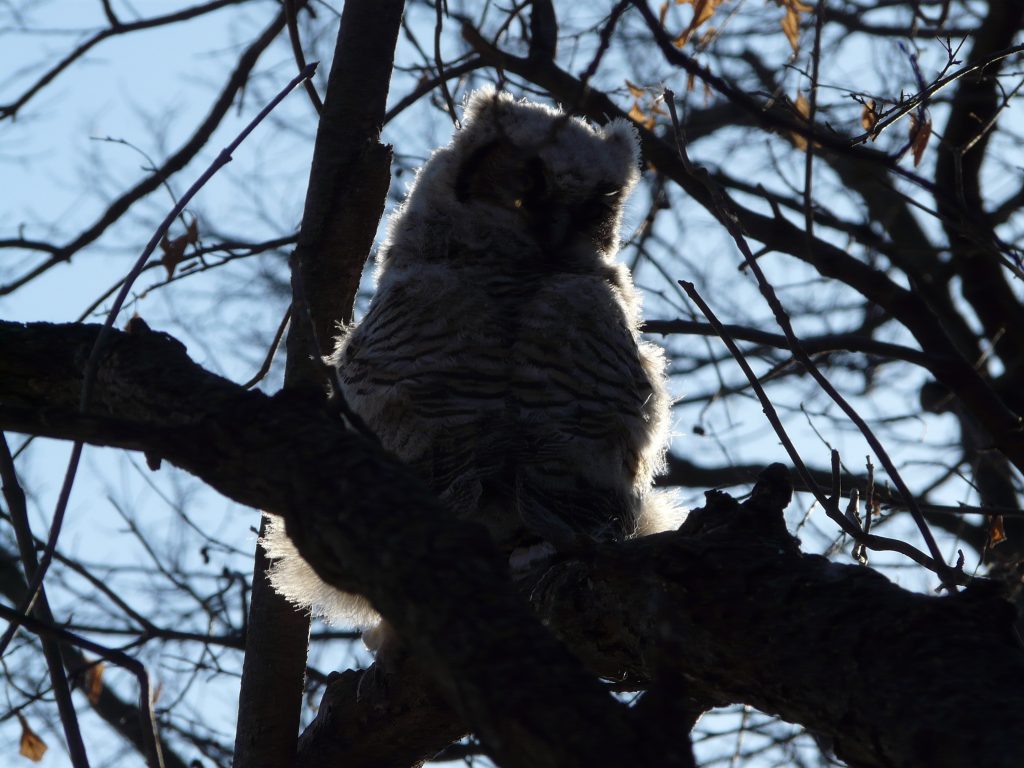 I was reminded of last year’s nesting of owls in our local park. It became a circus: dogs barking, people approaching the nest too close, crowds of people making noise. Each day these young owls survive is a blessing.

I got the following note from Ann West, who has been following the development of the owlets for weeks.
“I saw both of the owlets Thursday looking very healthy.  Thank you for not disclosing
their location. As we know that would be so unfair to these amazing creatures “

This entry was posted in Connecting to Nature, Nature Guardians, Nature Notes, Photography/Art. Bookmark the permalink.

3 Responses to Eyes of Wildness