Old Naturalist: The Hopkins Field Biology Camp has been run by Scott Stillman for 18 years. He recently received a “Life Changer” award for his work with children and nature. During this year’s camp, I was surrounded by natural beauty, but the most inspiring thing for me was interacting with the young adults campers.

The Shadow
Like death falls the shadow
The blue, the green, the yellow
Everywhere this shadow lurks
Waiting
Until the golden rays bleed through.
Not to end, but to aid.
And when the shadow rises
You will learn its name
Silence
Like the fog coming to trap the trees.
We can learn many things from silence.
Kathryn Sherman 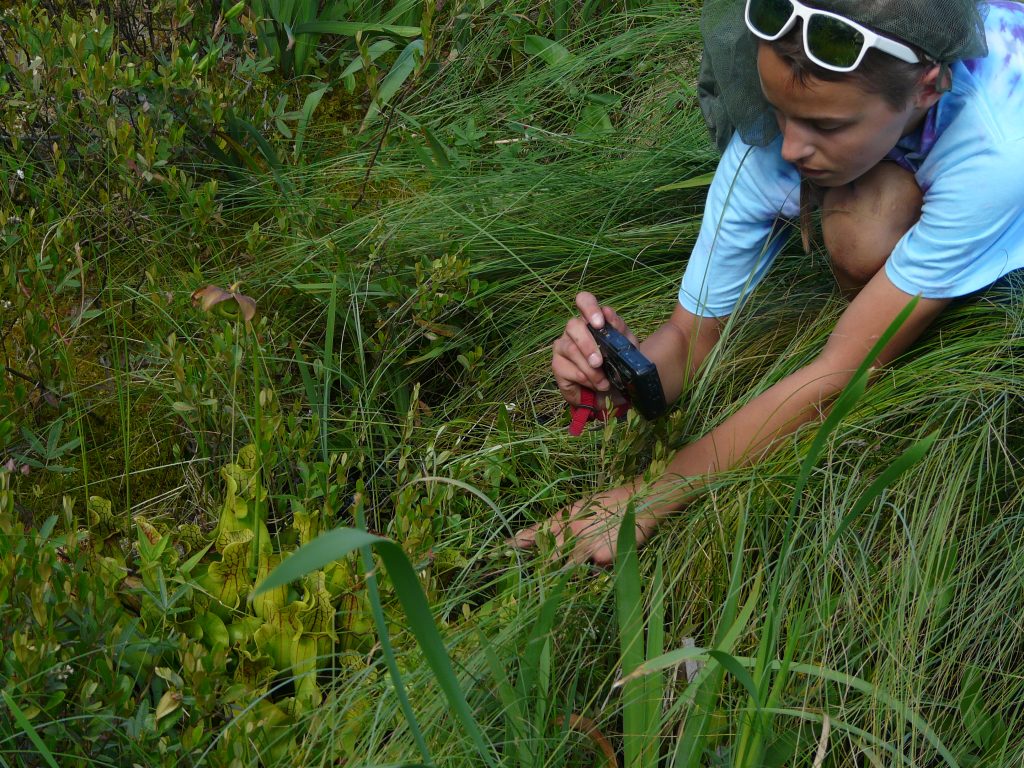 I think I have been killed one thousand times.
Although it is hard to count over the chimes.
For that’s the noise I make as I do die
I think it is God making a small noise
For each moment I lived in gentle poise
They count carefully and would never lie
I know the answer is carved in the stone
With this knowledge, I will not be alone.
So there is no reason to sit and mope
It is okay that I will die again.
For that means I will be a thousand men.
My future is all, at least I hope
Sarah Coval 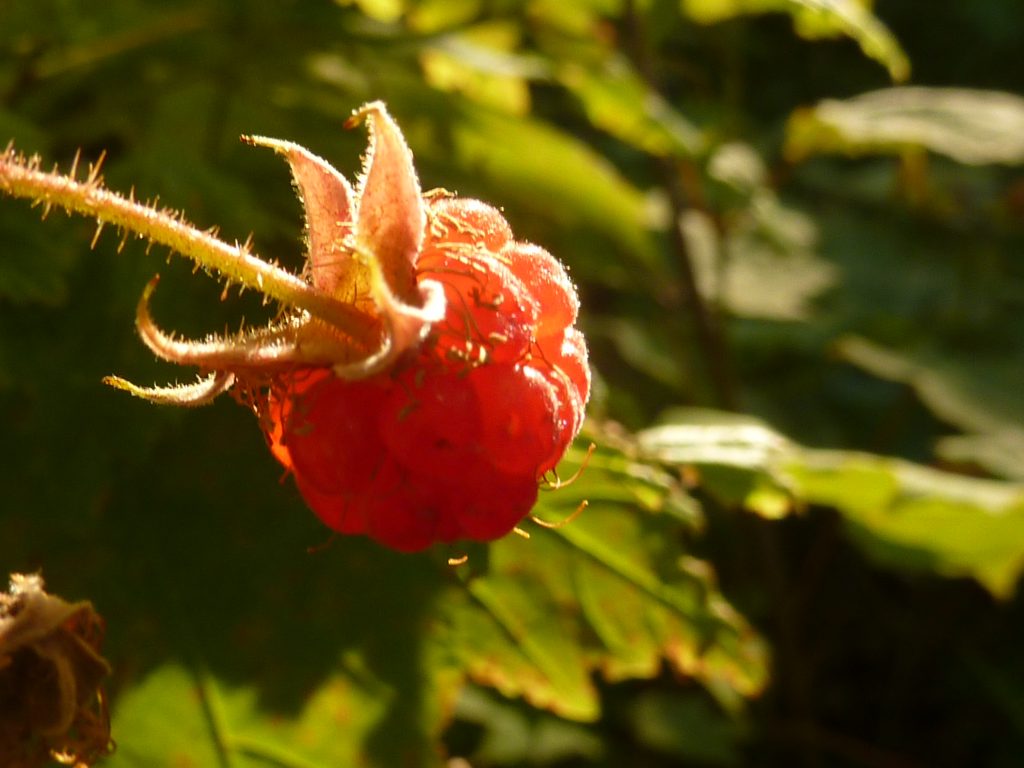 Old Naturalist Note: Nuala said her work represents the expansiveness of the universe and the Earth is the blue dot at the top.

The summer sun is setting
Everyone is forgetting
The troubles of the day.
The calmness of the fallen trees
The serenity of waving leaves
The sun sinks towards the rolling hills.
Taking with it daytime’s thrills
The night bears arms to the open sky
Where the moon is soon to rise.
Bringing with it night’s unrest
The darkness pressing in your chest.
Then sleep will come
And next the sun,
Will rise outside your window.
Catriona Ray 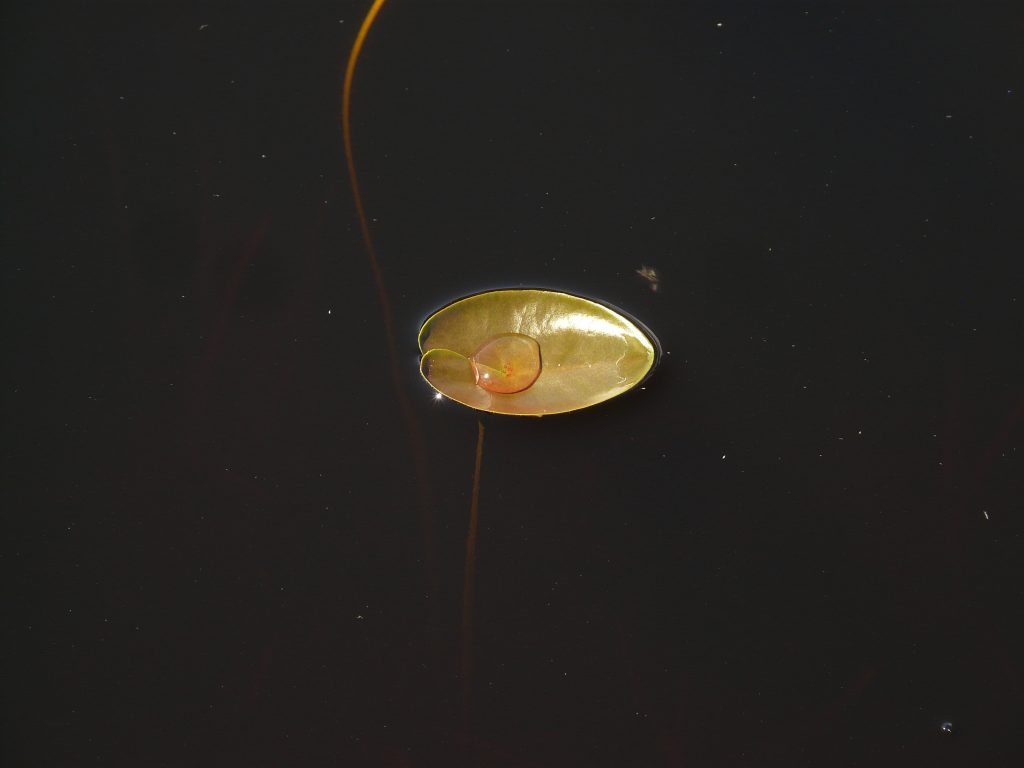 A water droplet on a water lily.
Photo by Soso Waterman

Tiny explorers determined and quick
High up above and deep under wet earth
Climb the trees tall and lark off at a flick
Forever never to learn caution’s worth
Tiny explorers hungry and buzzing.
Alighting on those that just wish them gone
Shooed half away with distracted fussing
Returning as soon as defences yawn.
Tiny explorers, jewel-bright and alive
Crawling and winging to sights unforeseen.
Rianna Ray 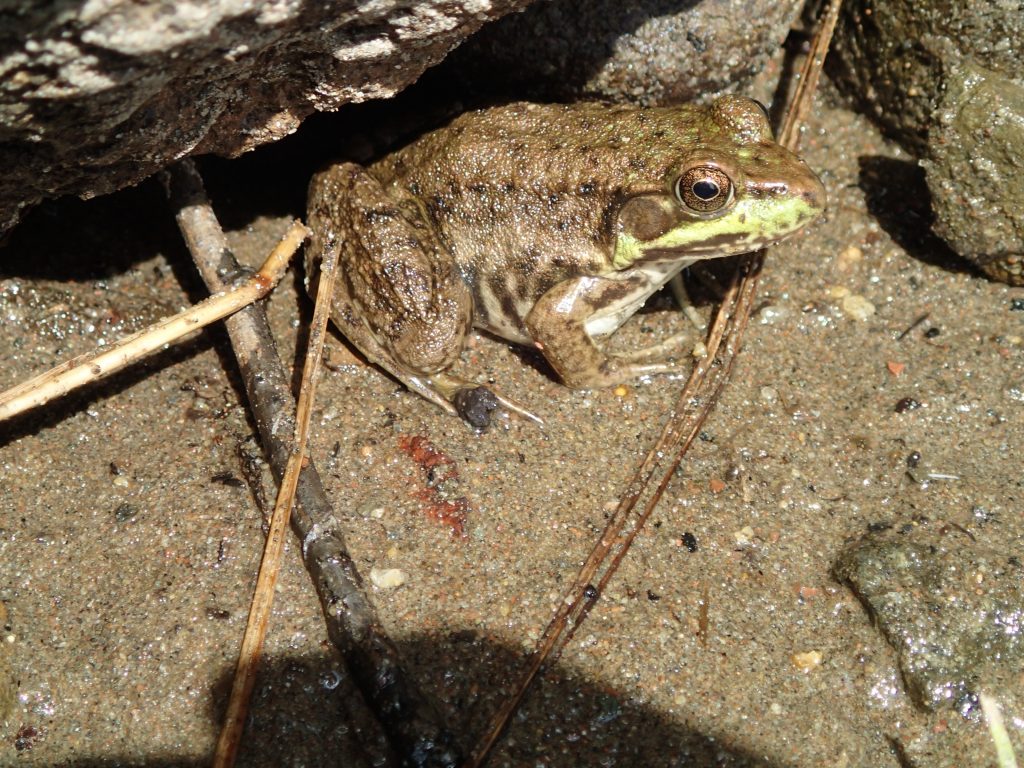 An old gnarled giant of a tree
Fell from cloudless skies
To a darken underworld and buzzing flies
Illuminated by its old friend, the sun.

The broken branches envy the lofty trees
And remembers standing tall
Having leaves gilded with light
Whispering to the wind passing by.

The old tree finds happiness on the ground
It grows to like the chatter of squirrels
The whistling of grass and buzzing of flies
No longer missing the sky.
Lucy Smith 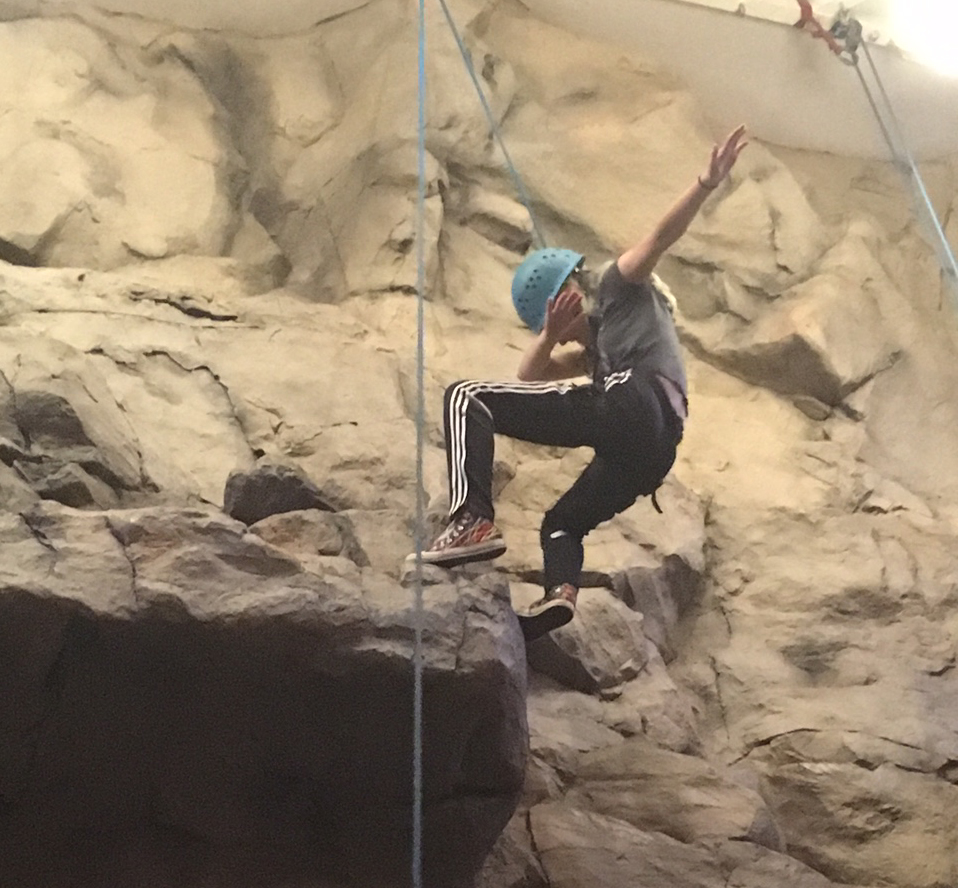 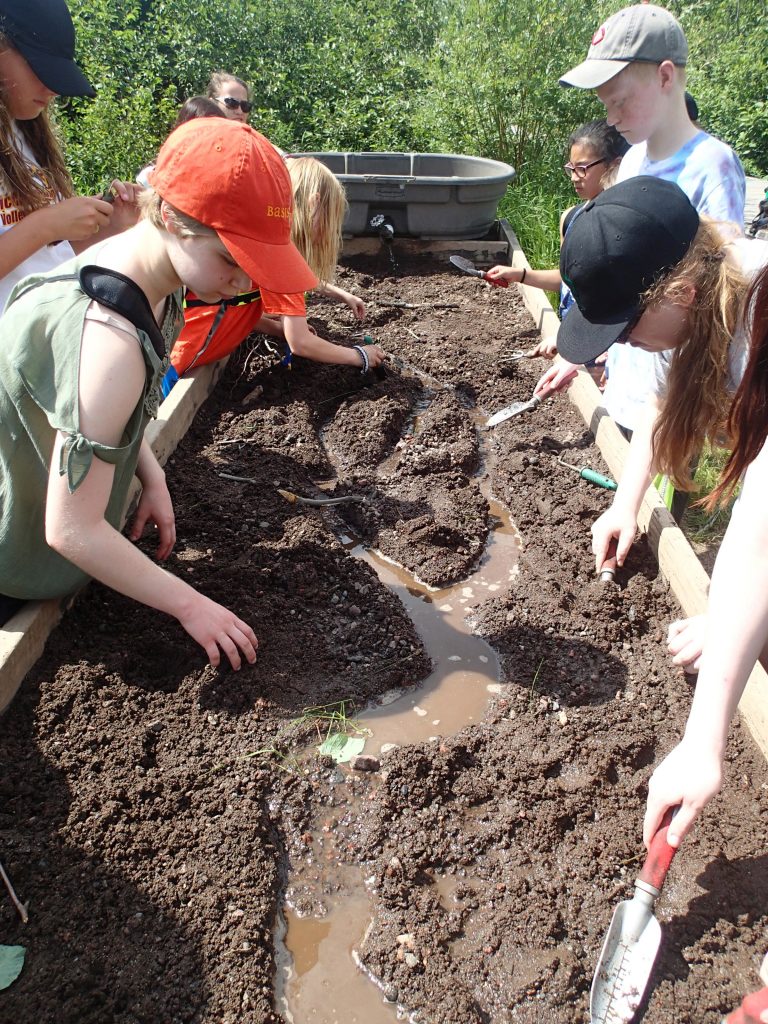 The Dragonfly
Gliding on cellophane wings
A master of flight
Chasing other males from its spot
Feasting in the warmth of the day
You bless the land for all to see
What is it like to live a pond as a nymph?
And then take your first flight?
I feel the freedom in your wings
And long to be a partner with the wind
To see the world through your eyes
Teach me dragonfly, to let go
Of my tether to the land
And come to your world.
Lawrence Wade 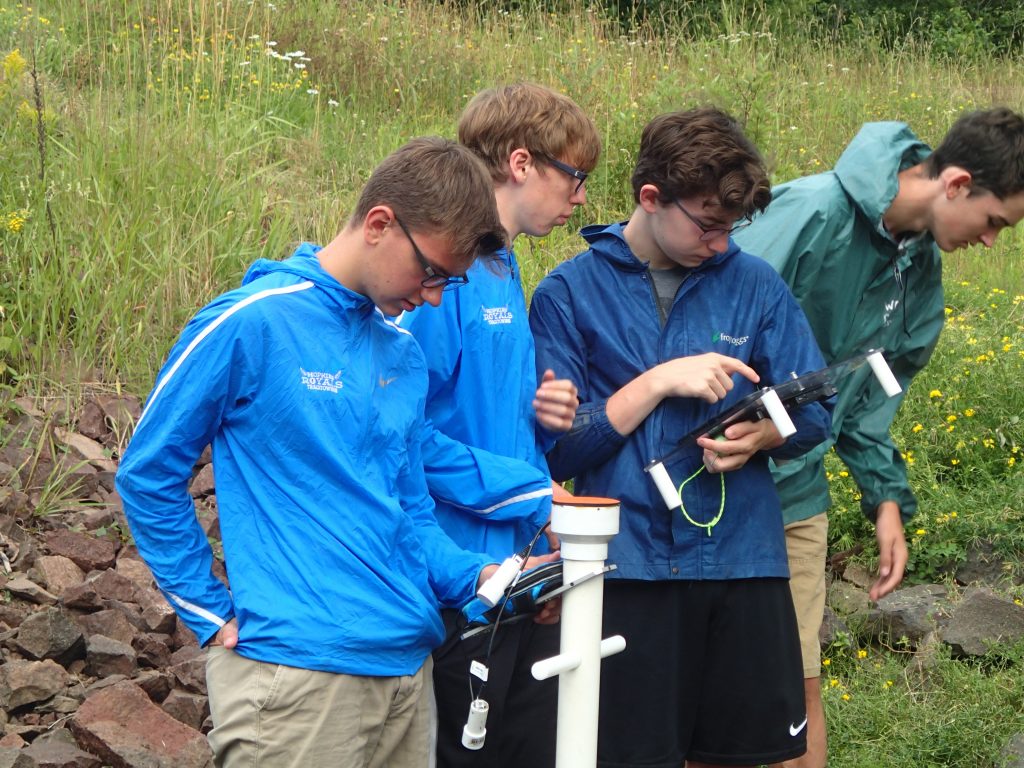 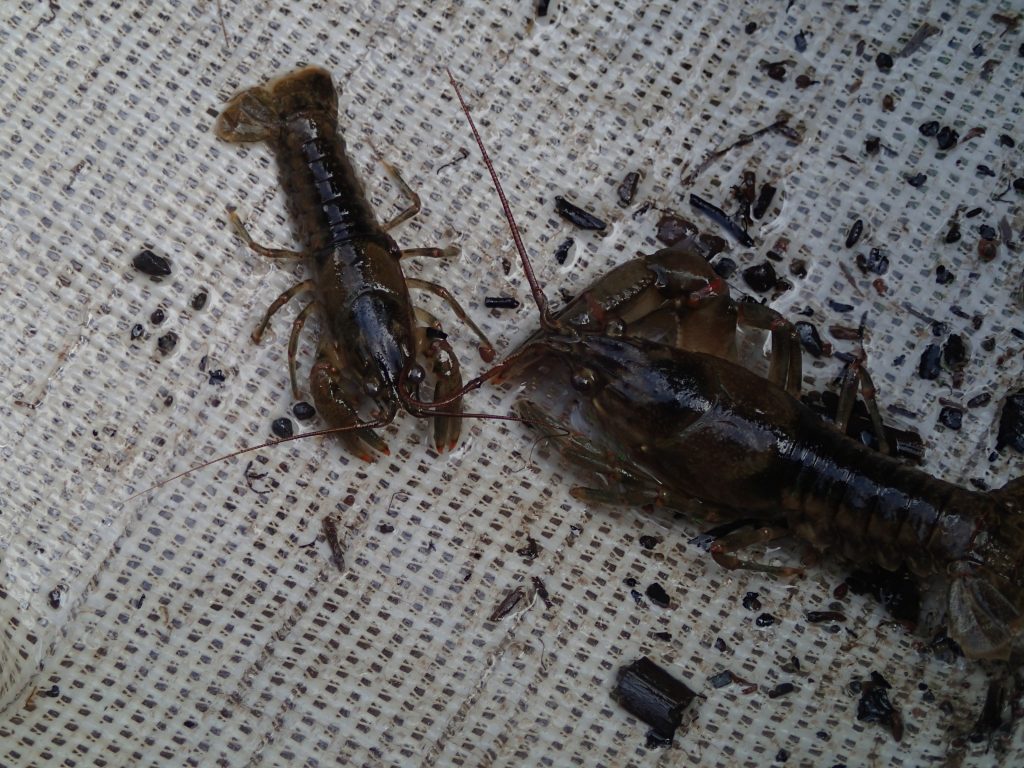 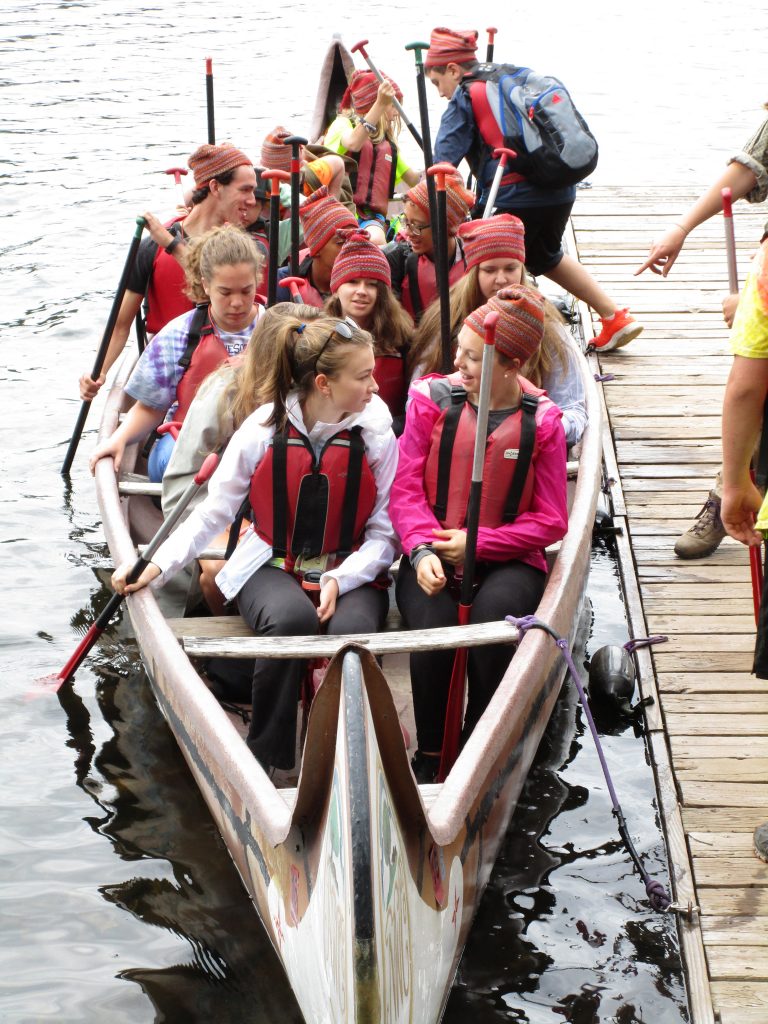 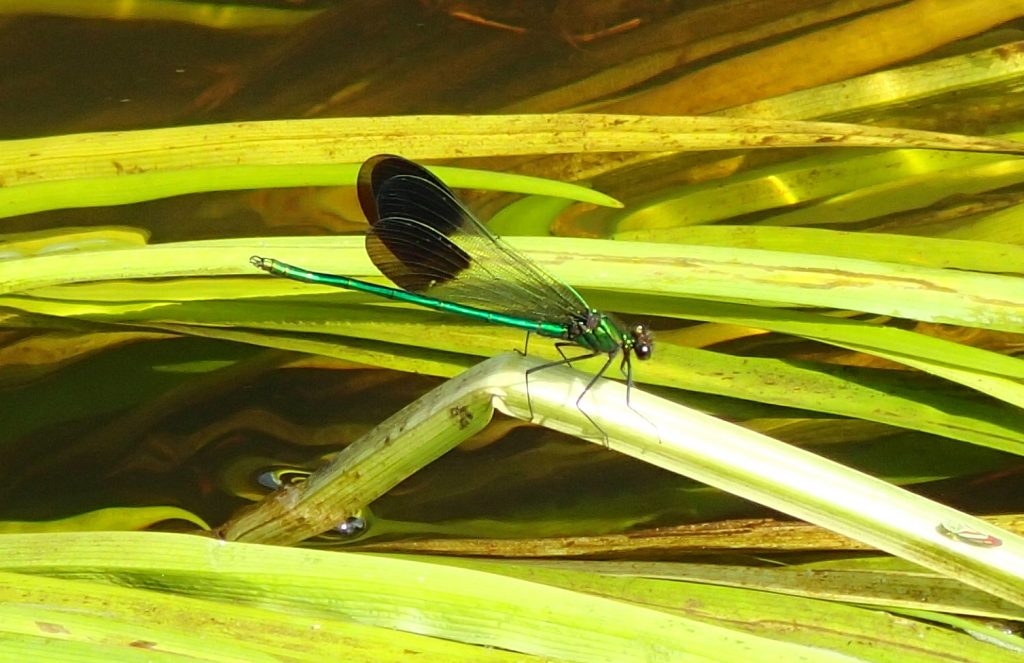 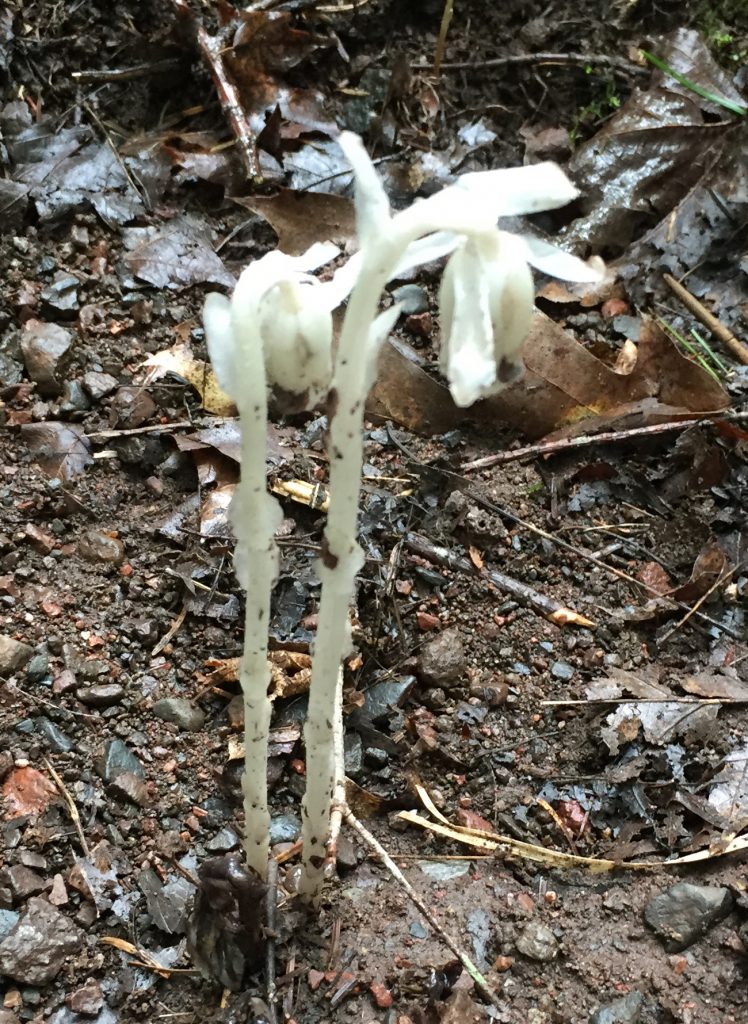 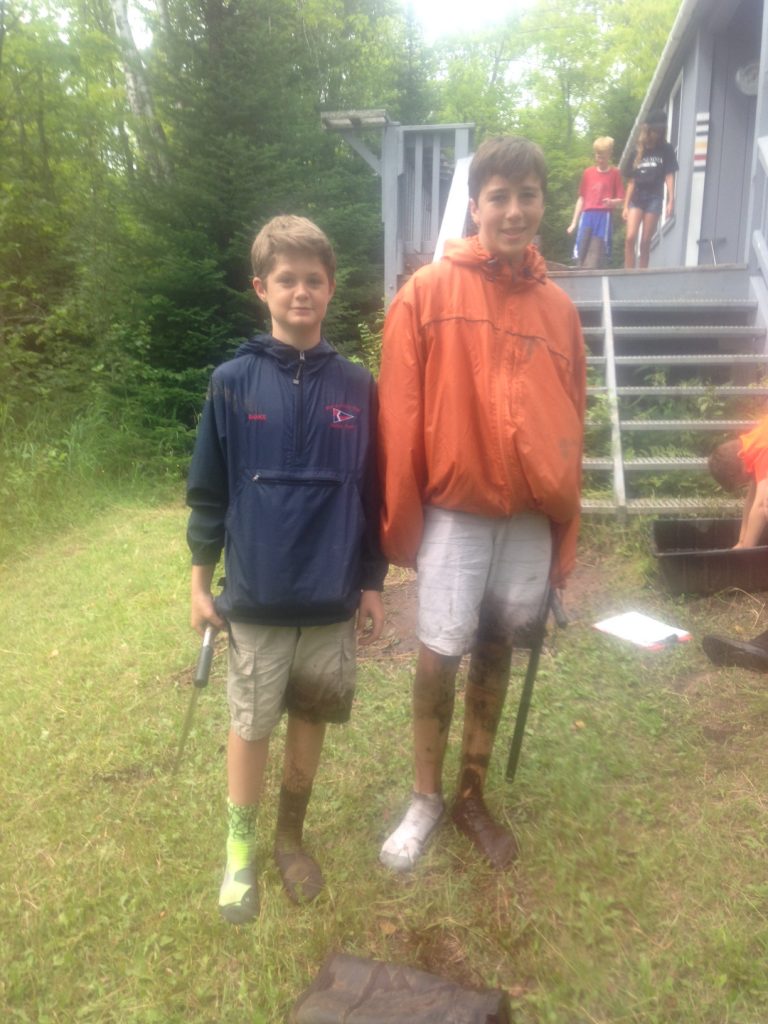 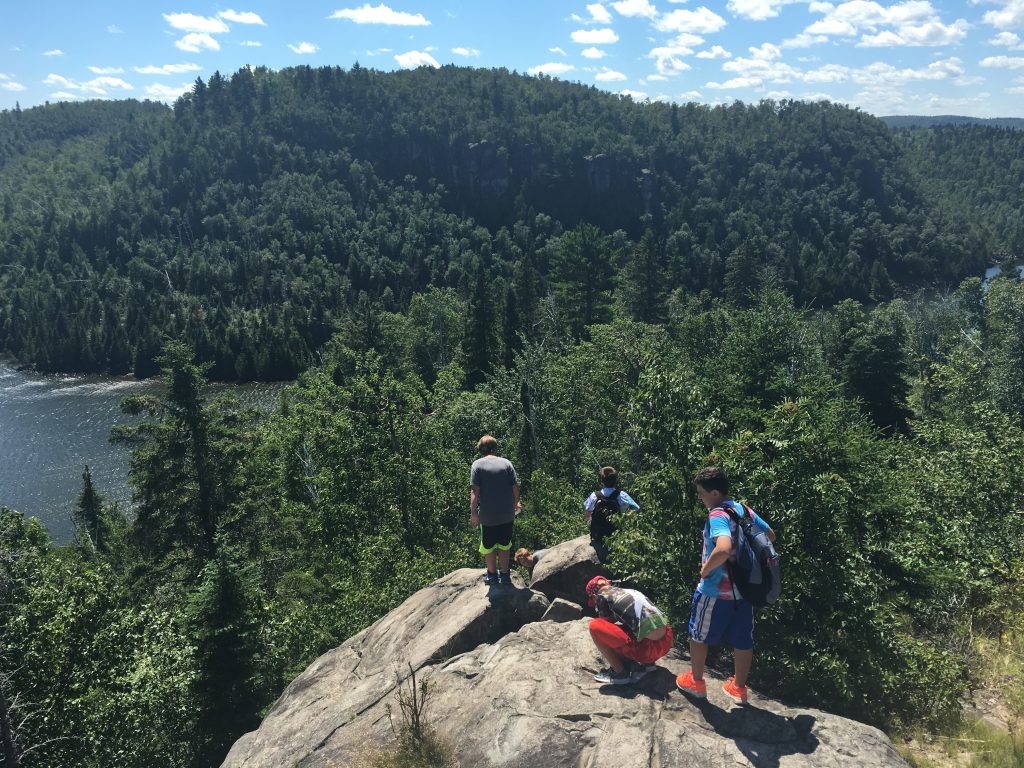 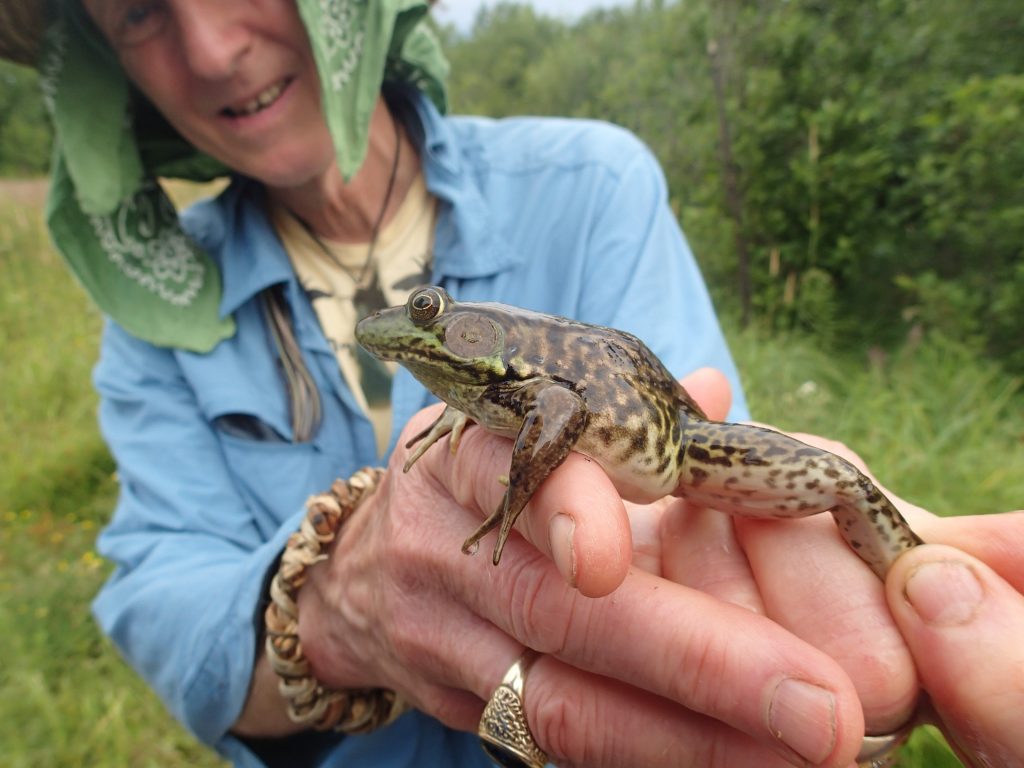 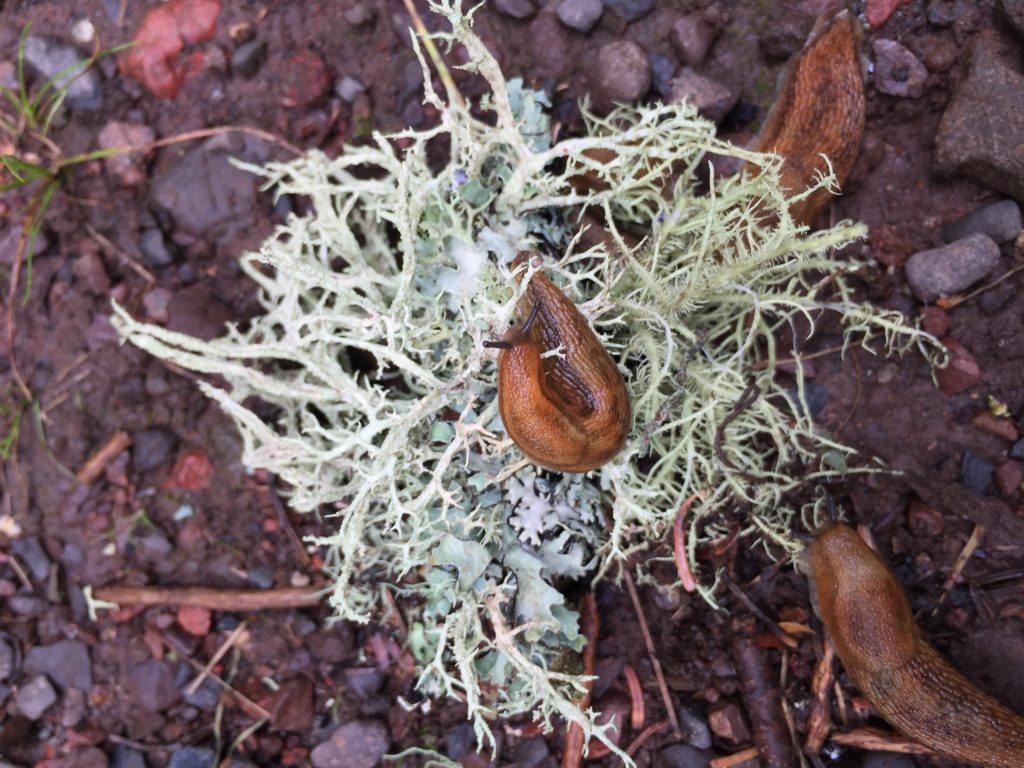 This entry was posted in Nature Poetry, Photography/Art. Bookmark the permalink.