How a Brownie Reflex Camera Helped Me Become a Naturalist

I must have been 8 or 9 years old and I was exploring Sespe Creek. I saw a bird I named the “whopper” because when it was frightened, it made a call of “Whop-Whop”. I really wanted to know what its name was, so I decided to try and get a photo of it and then show it to my teacher. My parents had a Brownie Reflex Camera that I began taking down to the creek with me. The Brownie Reflex was a simple camera of the 1950’s. It was a 20 mm wide-angle camera and took only black and white film. The only way I could actually look at a picture, was to get it developed at the camera store (all of which are out of business 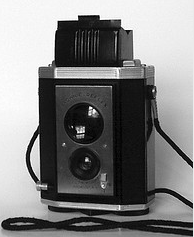 now). Since the camera had only a 20 mm lens, it meant that I would have to be 10 feet from the “whopper” before the bird was visible in the picture. Fortunately I did not know that at the time and became obsessed with trying to get a photo of the bird. Its “fright distance” was about 50 feet, so it took off before I was able to see it in my view finder. But in the mean time, I discovered plenty of things at Sespe Creek that I didn’t know existed. I saw muskrats, blue herons, turtles, canvas-backed ducks, kingfishers and other beautiful creatures.

One day, I came to one of my favorite spots on the creek and there was the “whopper” right in front of me. I snapped the photo and the bird took off. I couldn’t sleep that night because I was so excited, and brought my film into the camera store. It took a week for the film to be developed and returned to the store. When I paid for the black and white pictures, the photo of the “whopper” was not in it. I searched the negatives and found one that looked like it had a small dot in the background of the picture. I begged the owner of the the camera store to develop it for me, even though he said nothing would show up. I waited another week for the photo to come back, and when I finally got the photo, there was a small fuzzy blob in center of the picture. I think that was the last day I took the camera with me, but by that time I was hooked on the wonders of Sespe Creek.

I didn’t do any more photography till I was 18 years old, when my parents bought me a Nikkormat camera with a 70-230 zoom lens. I used this camera primarily on ships photographing dolphins and whales that were near the boat. It was a heavy camera and tough. I dropped it on the deck of the ship several times before it finally wore out.

In the last ten years I have become very serious about photography again, using photos for work. I have re-learned some of the things I learned when I was a kid at Sespe Creek.

In the last five years, my daughter, Alli has taught me about paying attention to light, and how the beauty of an ordinary object can be brought out in the correct light. Sometimes backlit objects can give a whole new perspective on something you are photographing.

Today, I carry a camera with me where ever I go outside. Most of my best photos come when I least expect it. For instance, the underwater photo I took of the painted turtle who swam right up to me; or the broad- wing hawk that was eating a bird as I drove by. If I don’t bring a camera, I can count on seeing something that would be a great shot, like the kingfisher on the wire that I saw yesterday, or the two species of egrets that were fishing side-by-side.

Today, I have two cameras that I use and think they are spectacular.

A good part of my life has been about photography. A camera has helped me slow down and find the beauty in the moment. This tool has helped me realize who I am, and what is important to me. It all began with the Brownie Reflex.

For more info on the Brownie Reflex Camera: 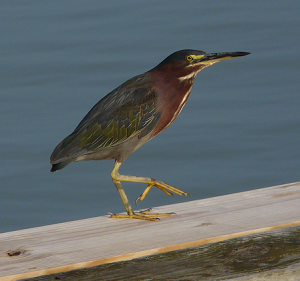 I finally got my photo of the “whopper” (a green heron), but it was 50 years later.