Photos and text by Julie, Jim, Curran Ikhaml, and the Old Naturalist.

The town of Luverne is in the Southwestern corner of Minnesota and is a very interesting areas for a naturalists, geologists, and historians.  The Ikhamls take us on a trip to Blue Mounds State Park, Touch the Sky Prairie and Jeffers Petroglyphs. 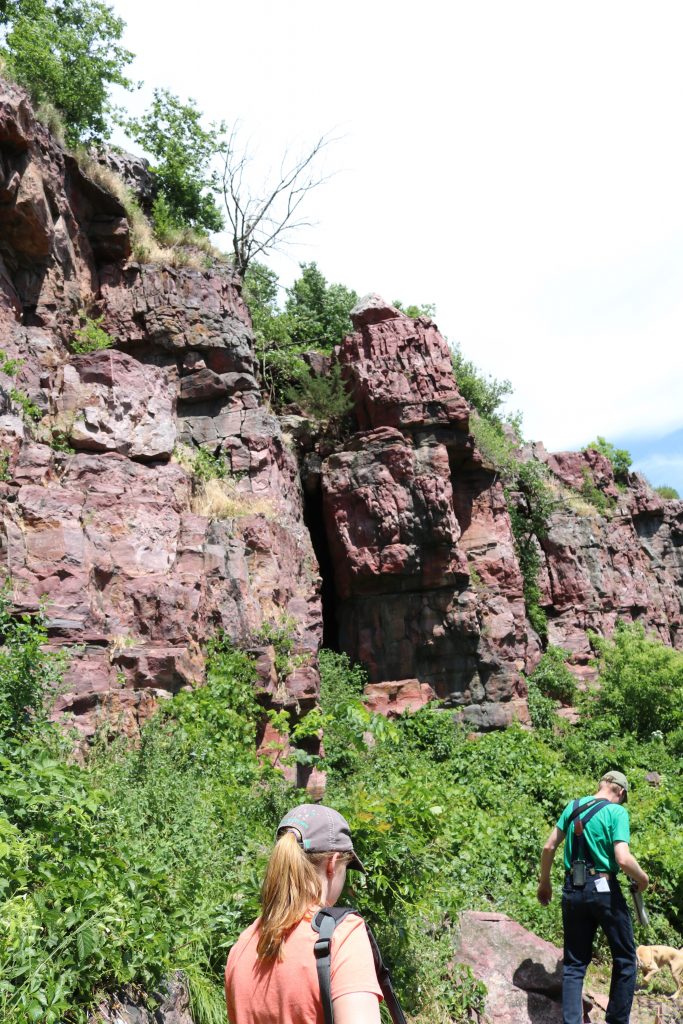 Blue Mounds State Park is in Rock County, Minnesota near the town of Luverne. It got its name Blue Mound because the cliffs appeared “blue” to settlers going west in the 1860’s and 1870’s. 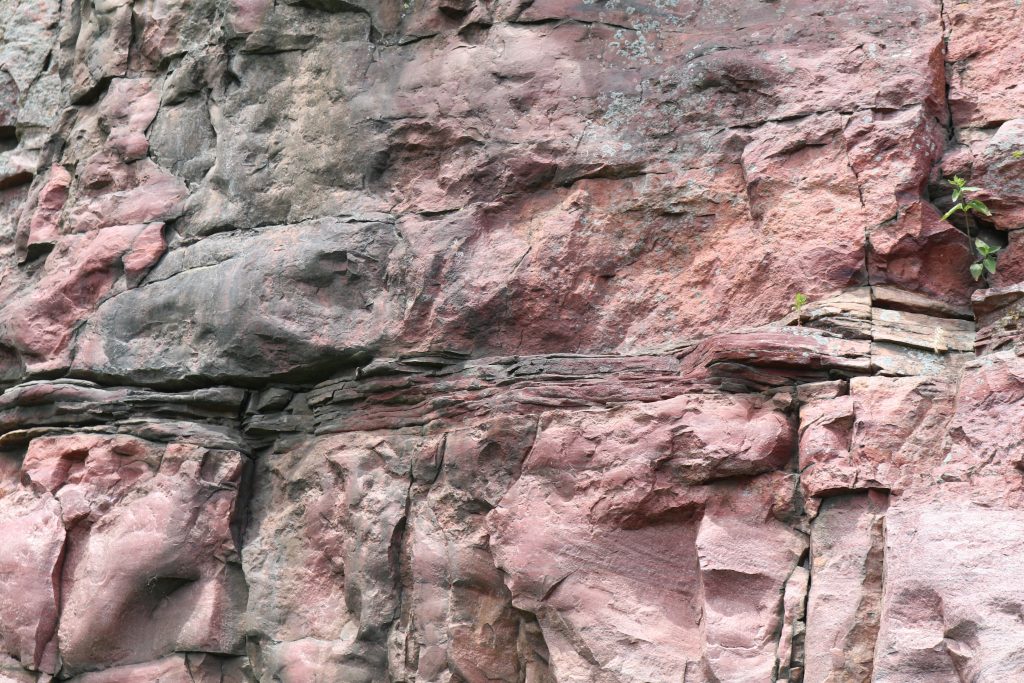 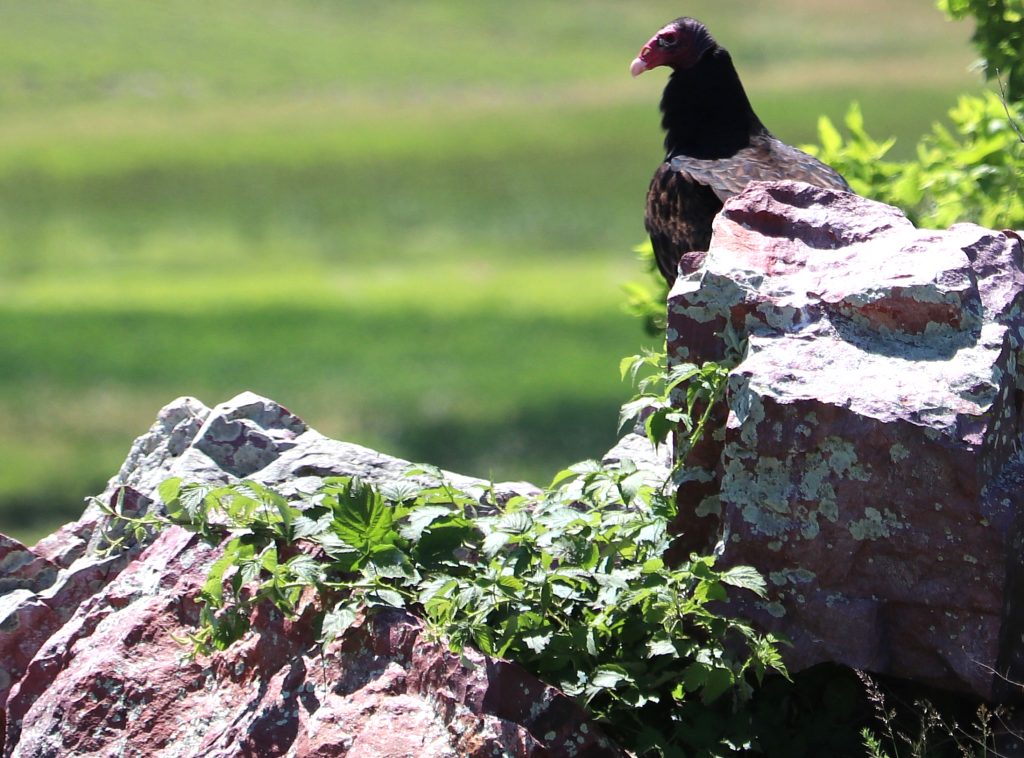 Turkey Vultures are not early risers. They wait on cliff  tops until the first updraft allows them to take off . On days of no wind, a vulture may stay on the cliff all day – unable to leave because they are too heavy.

When walking the trails at Blue Mound I felt like I was back in time. It made me want to be a full time plant witch. There were jumbles of rocks and many little caves.
Julie Ikhaml 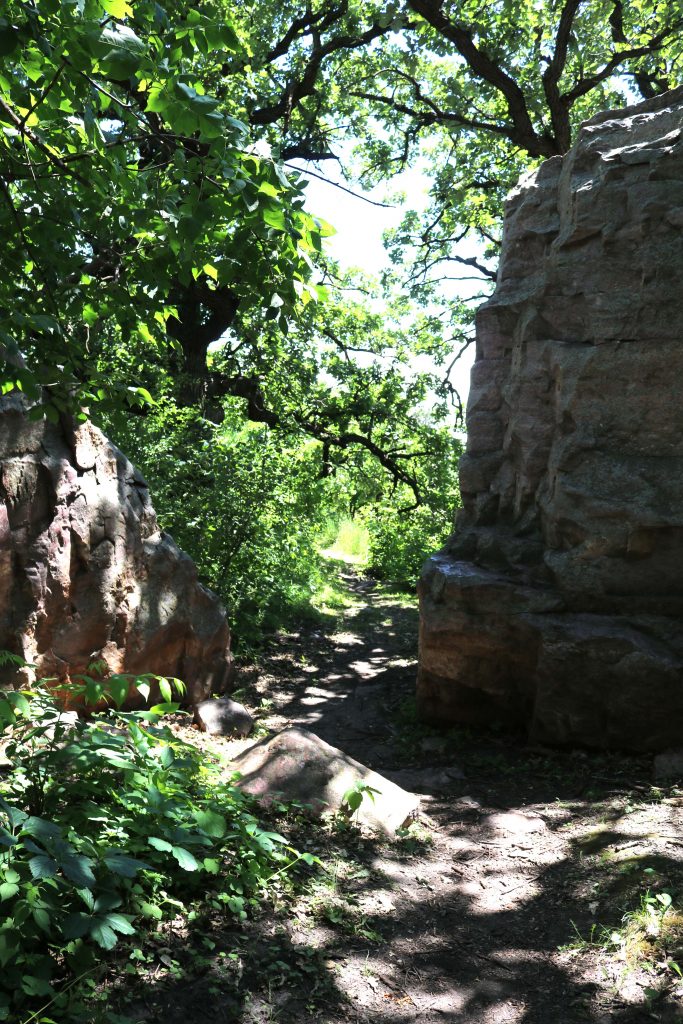 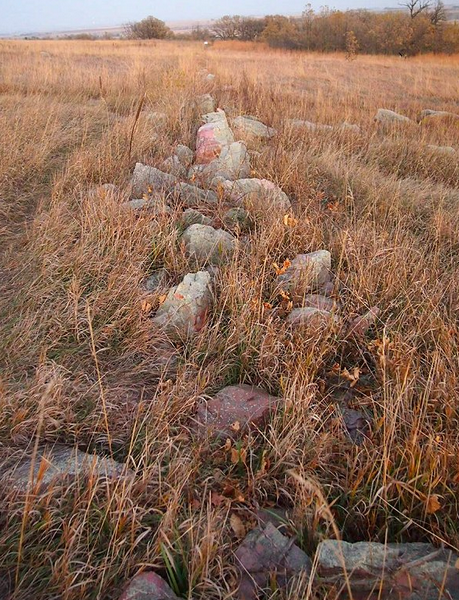 This rock alignment is almost a quarter of a mile long. It was possibly built by the plains Indians and marks where the sun rises and sets on the Spring and Fall Equinox.

We could hear the owls calling at night. We were in the campground and I couldn’t sleep due some issues with other campers. The blessing was that the owls came flying in and I found where they roosted during the daytime.
Jim Ikhaml 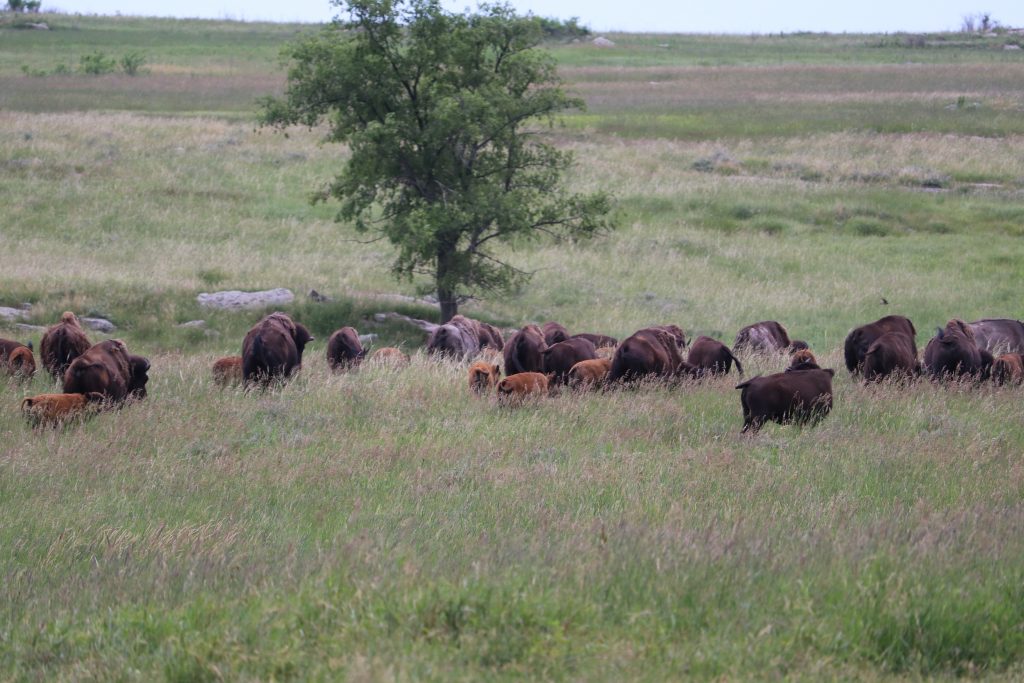 Where the bison herd was, I  felt like I was on top of the entire world. Nothing else mattered. You could look out and see two different states (Iowa and South Dakota).
Curran Ikhaml 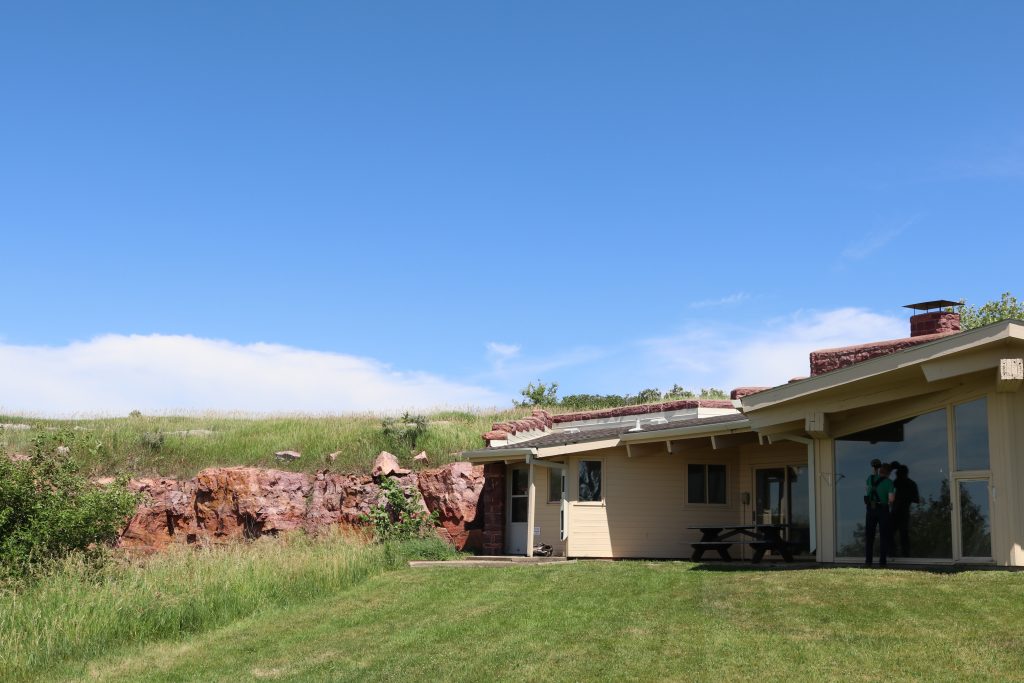 The gift shop is now closed and was once author Frederick Manfred’s home. One of the walls of the home was part of the rock face. Staff had to run 10 dehumidifiers continuously because the rocks would sweat so much. Also, there was a stream that ran through the house. Not only that but each morning there might be snakes inside the “gift shop” that had to be removed.
Jim and Curran Ikhaml

The Touch the Sky Prairie was super rocky and had never been “under the plow” by white settlers,  but they ran cattle in there. Once the land was not grazed, many of the prairie plants came back after 100 years of being dormant.We also saw rocks  that humans had placed in a circular form. You really felt like you were on holy ground.
Jim Ikhaml

Buffaloes rubbed against the Sioux Quartzite making the rock smooth as glass. The rocks were ancient back-scratchers and helped the buffalo rub off its thick winter coat. The rocks remind us of a time when there were huge herds of buffalo on this land. 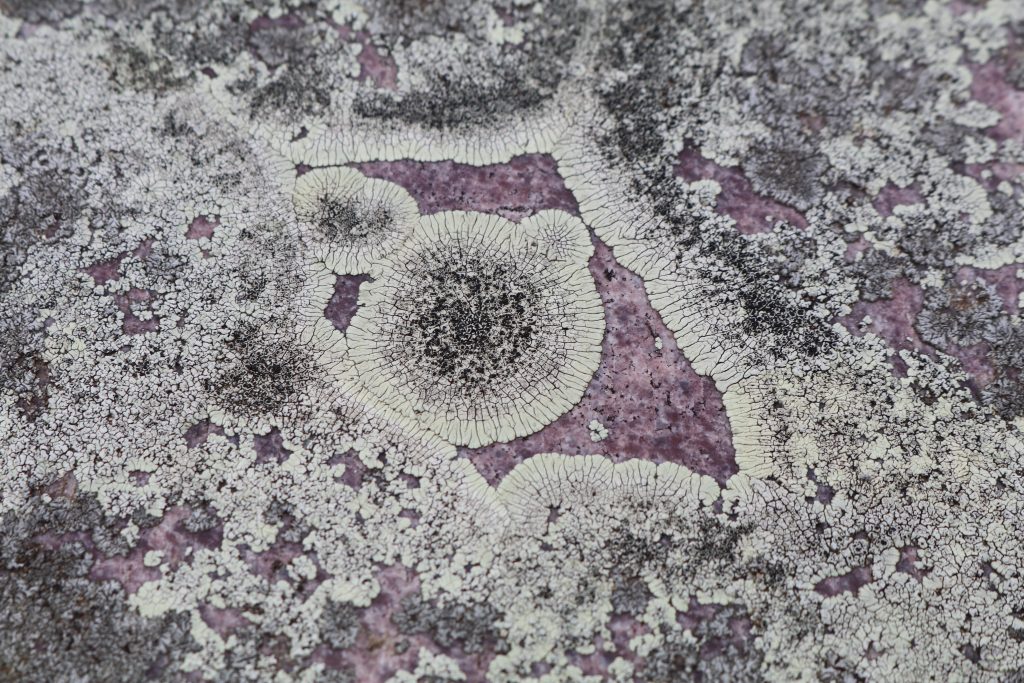 Jim Brandenberg, the famous photographer is from Luverne, MN and created a foundation to purchase the Touch the Sky Prairie. At the dedication of the land, Lakota elders pointed out where they would hold their vision quests. One of the elders said, “We wanted to be here to give the prairie our blessing. It is seldom that ‘white man’ gives anything back.” This was his ancestral land. 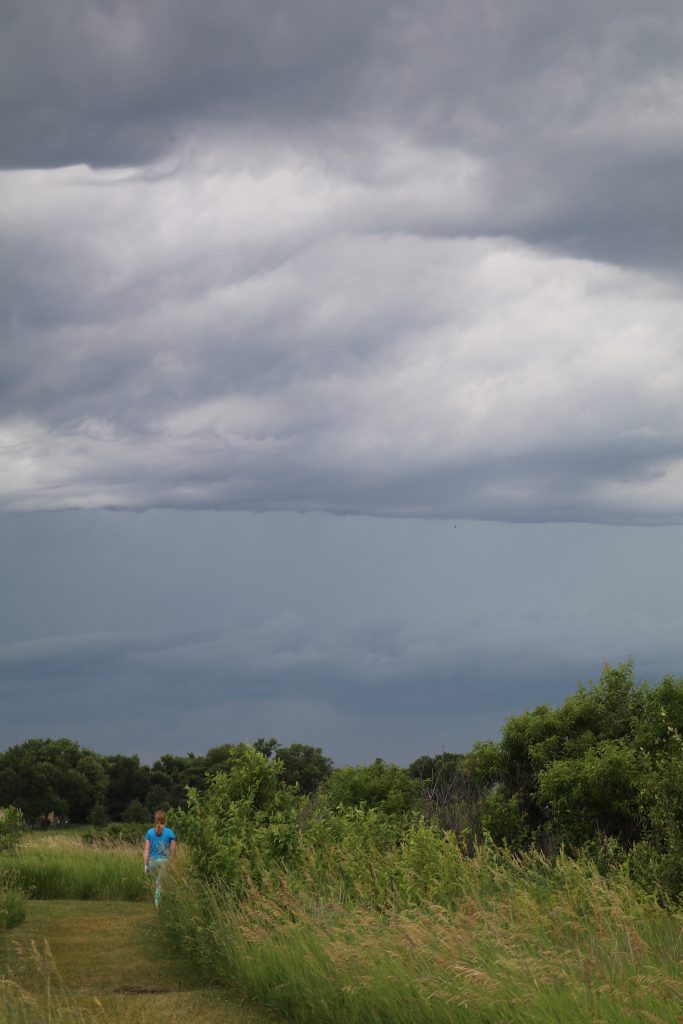 A storm blew in quickly  from the west. It got super windy and unfolded in front of me. I stayed to photograph the event, while everyone else ran for cover.
Julie Ikhaml 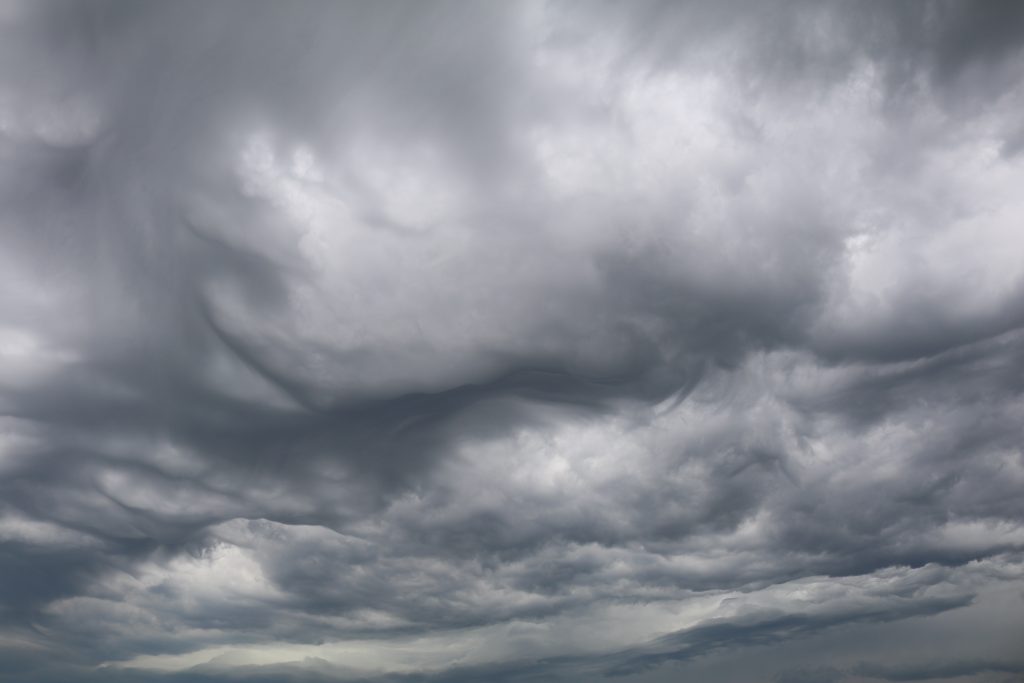 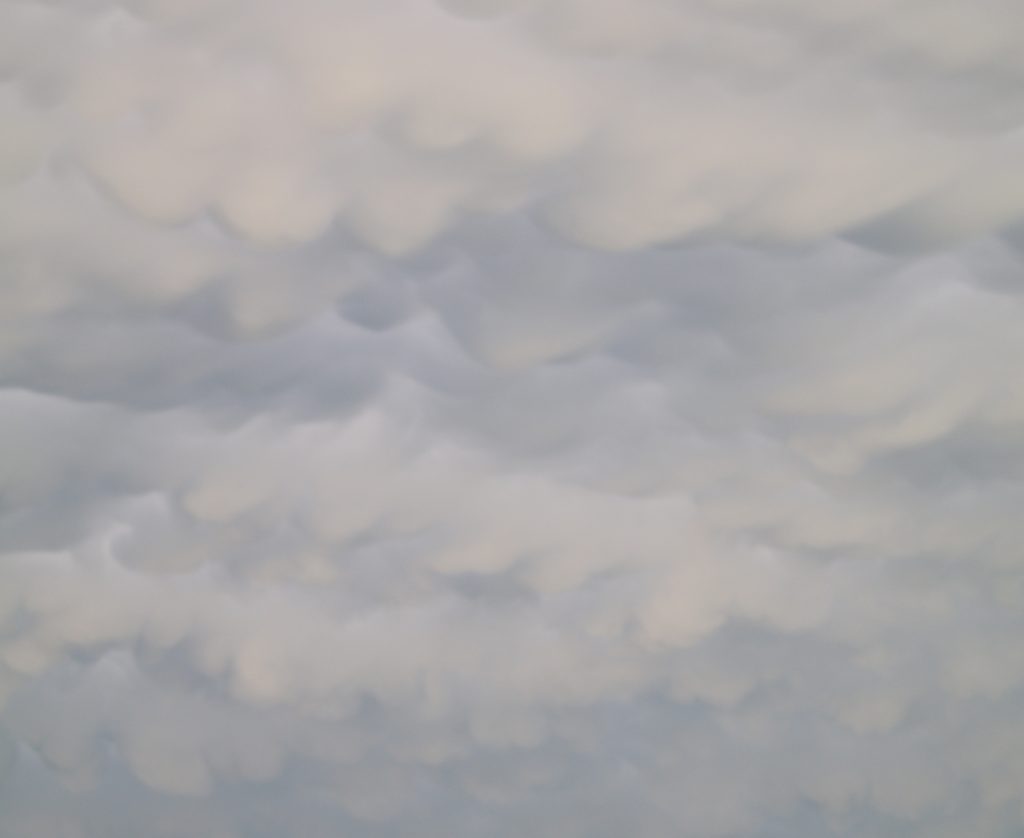 Mammatus Clouds. Indicators of unstable air in the atmosphere. 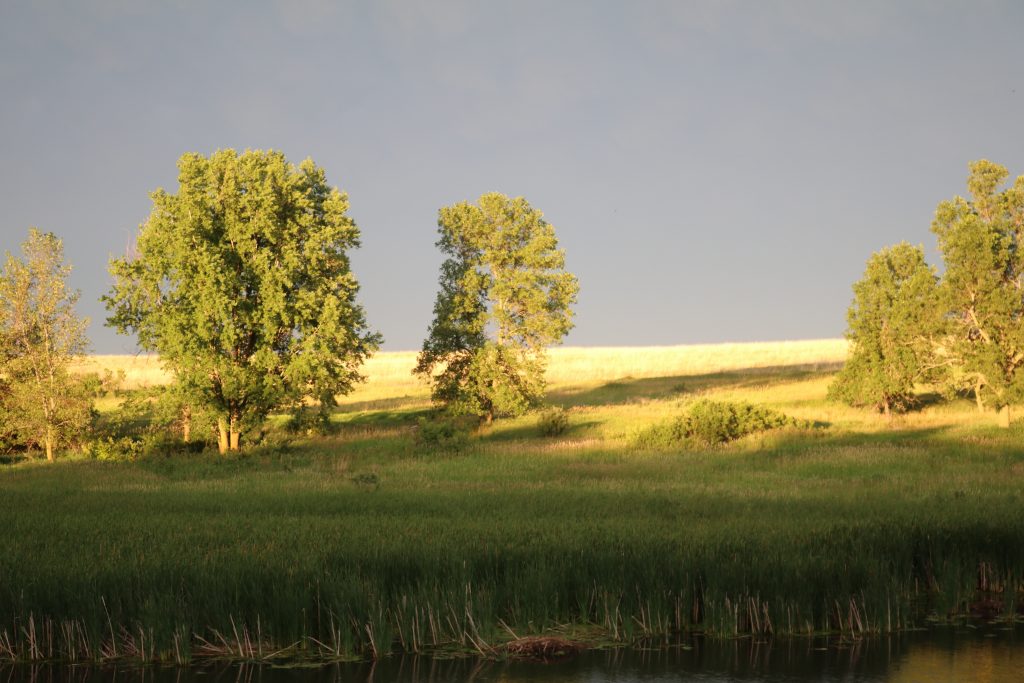 The storm blew through and cleared near sunset. 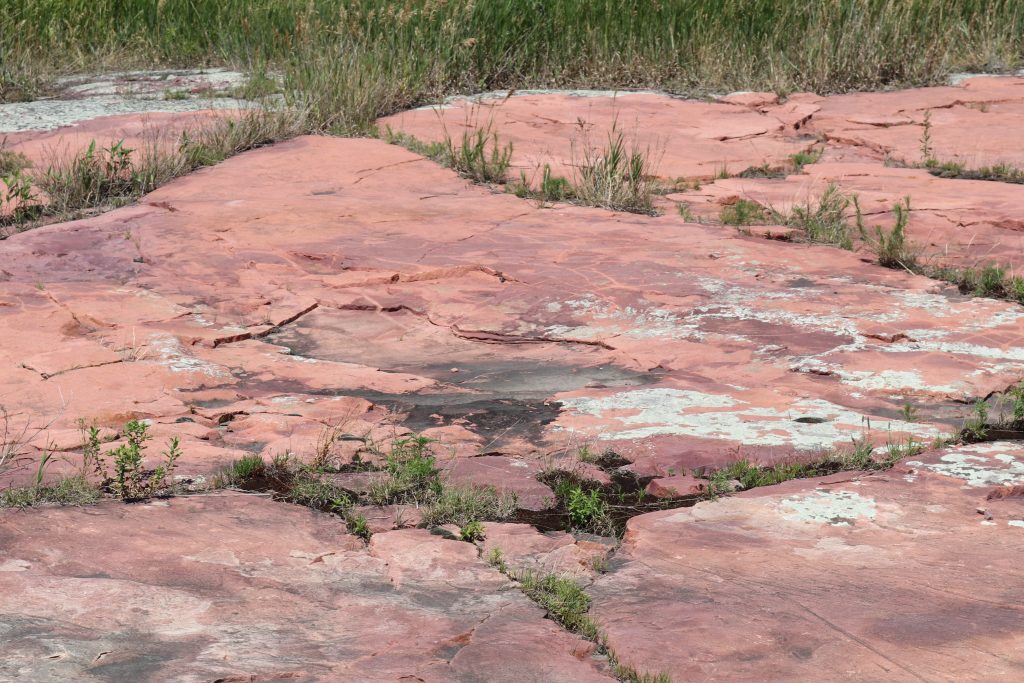 Jeffers Petroglyphs is a living sacred site that has been used by native peoples for 1000’s of years. Native Americans still come to Jeffers and pray. The staff onsite work with tribal elders to make sure the site is treated with respect for the Native culture.

Jeffers Petroglyph Historical Site is thought to have 5000 petroglyphs carved into the rocks. Pictures in the rocks include: humans, deer, elk, buffalo, turtles, thunderbirds, atlatls, and arrows. 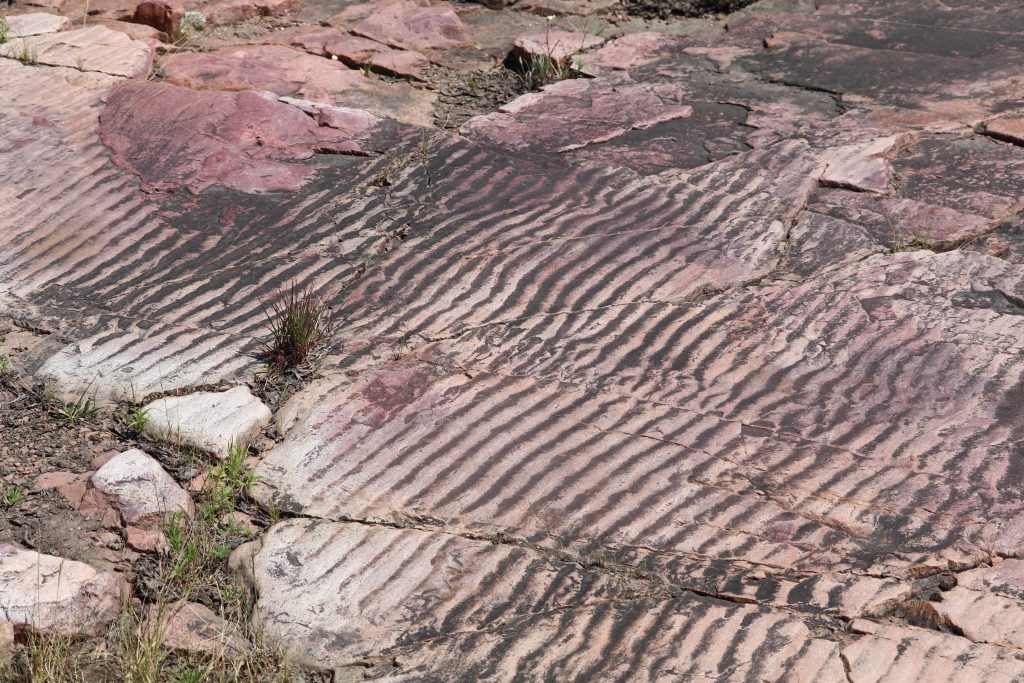 Ripples in the Rock

The geology of the Jeffers site illustrates that this area once a beach environment at the edge of a shallow sea (300 feet deep). The ripples in the rock were produced by waves on the shore, 500,000,000 years ago. The wave-like pattern is similar to the wave pattern you would see at a lake’s edge.

This entry was posted in Nature Notes, Summer. Bookmark the permalink.

5 Responses to Touch the Sky