The Beauty and Value of Fungus in a Forest Ecosystem

A fungus photo essay by Jen Ganley who is from New England; Janine Pung who is from Minnesota; and Jim Cotton from Redwood country, Northern California; Maria Montero, from Minnesota. Thanks to Ron Spinosa of the Minnesota Mycological Society for identifying the fungus. 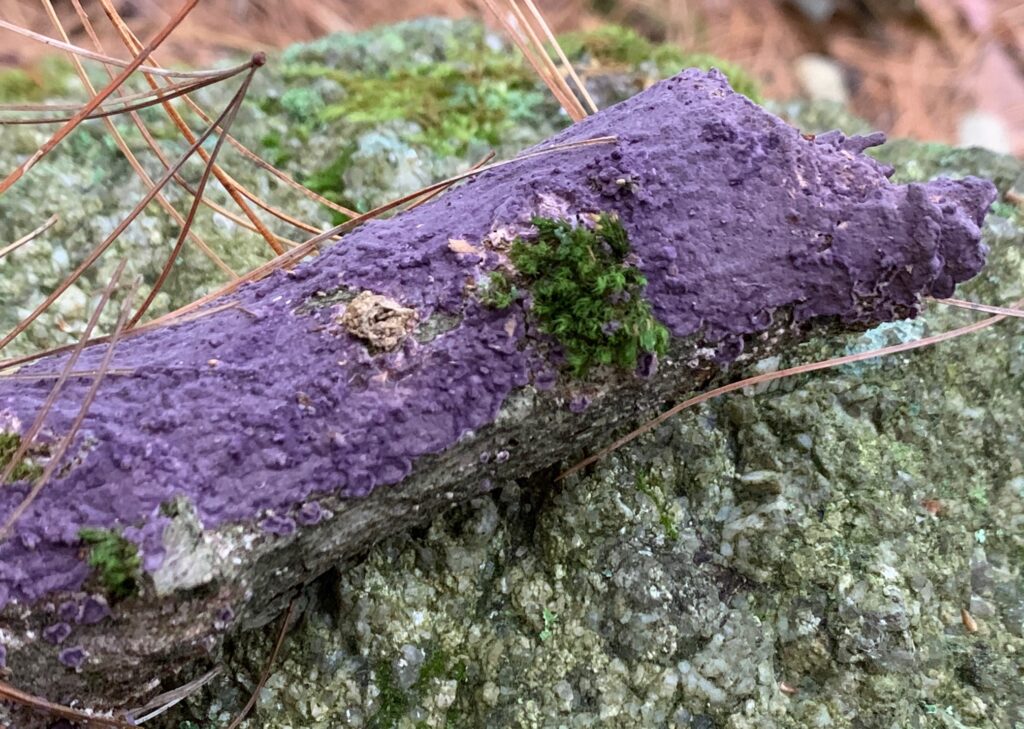 When most of us think of fungus, we think of mushrooms sprouting out of the ground. A mushroom is actually the “fruit” of the fungus. Most of a fungus grows underground and is a large network of tiny threads called “mycelium” that intertwine with trees. 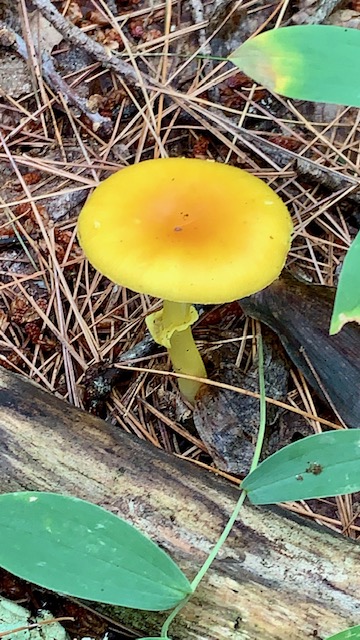 This attractive mushroom is found in hardwood forests of New England. Most types of Amanita are highly poisonous, whereas this one is edible. It is a close relative of Caesar’s Mushroom, which grows in Italy, was a favorite of the emperors of the Roman Empire. The mushroom has a symbiotic relationship with the roots of certain trees.

How large can a fungus get? The largest known underground fungal network in the world is a honey fungus in Oregon that measures over 3 miles across.

Jelly fungus is usually found growing on fallen logs or stumps of trees in deciduous forests.

In a healthy forest, trees are inter-connected with other trees by the fungus’s mycelium network. The mycelium allow trees to share water and nutrients. 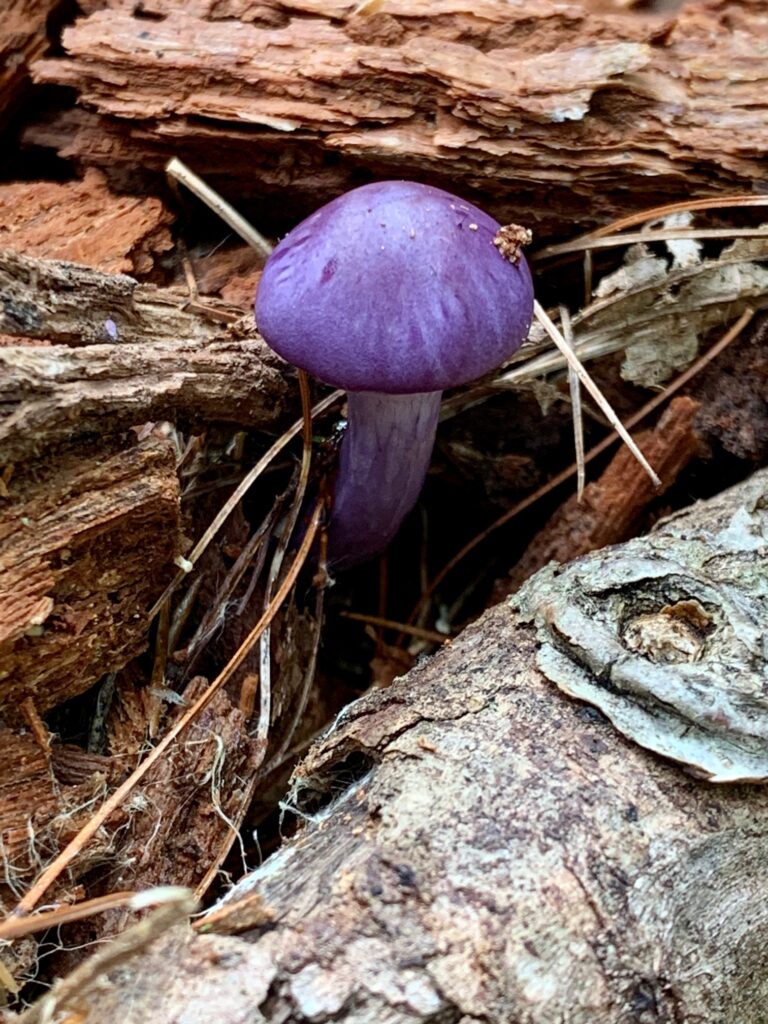 The Violet Cort emerges after a fall rain. As the fungus grows, its brilliant color fades.

The future of our forests may depend more upon what is beneath the ground rather than above. Most trees have underground fungal partners that channel water and minerals from the soil into trees. In exchange trees supply the fungus with energy-rich sugars from photosynthesis. 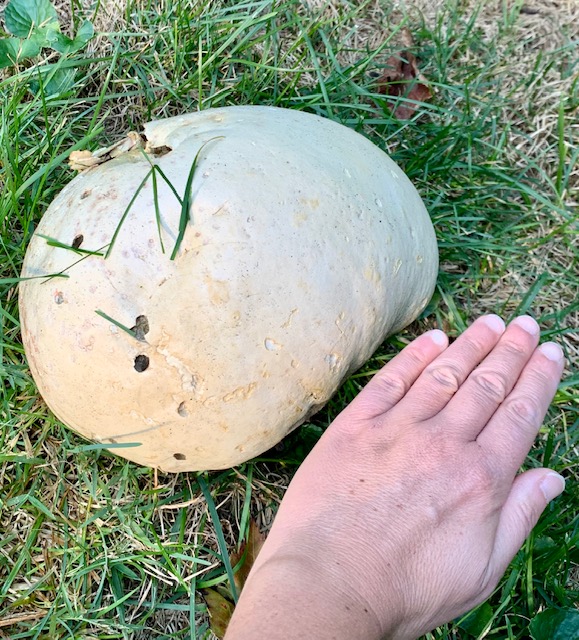 Giant Puffballs feed on decaying organic material and are always found growing on the ground rather than on a tree. As the puffball ages, it turns brown and releases its spores. The spores were used by Native Americans to treat bleeding and prevent infection. The largest puffball on record was 59 inches around. 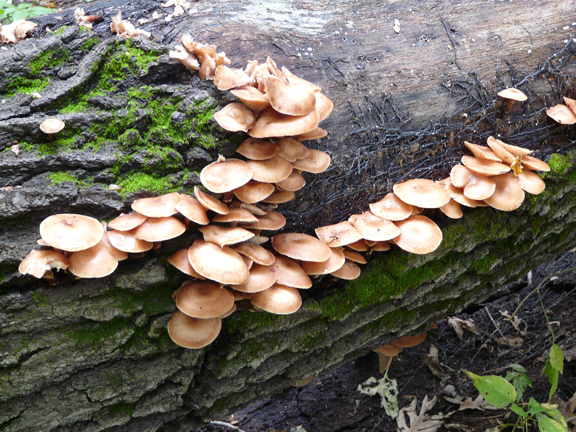 Some species of Honey Fungus are bioluminescent, meaning they glow in the dark. 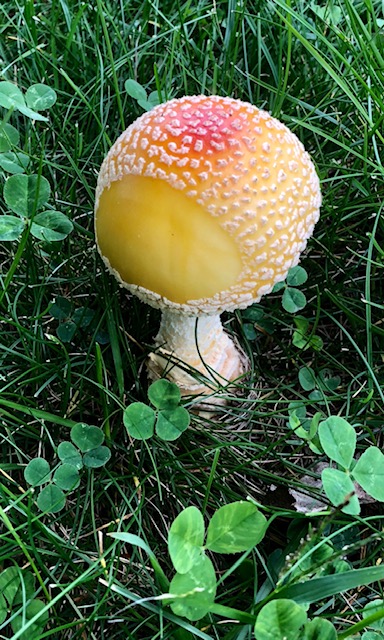 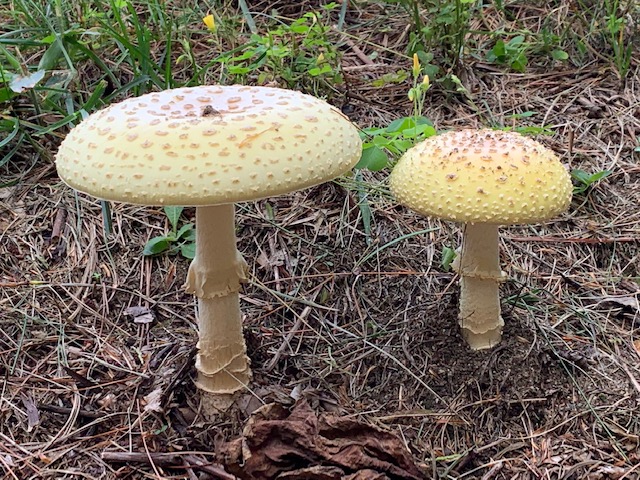 Amanita is one of the most recognizable mushrooms in the world. The mushroom is featured in the video game “Super Mario Brothers”and in the movie “Fantasia”. It is  highly toxic if ingested. It has a symbiotic relationship with various types of trees. It sends nutrients into the tree’s roots and receives sugars from the tree’s photosynthesis . 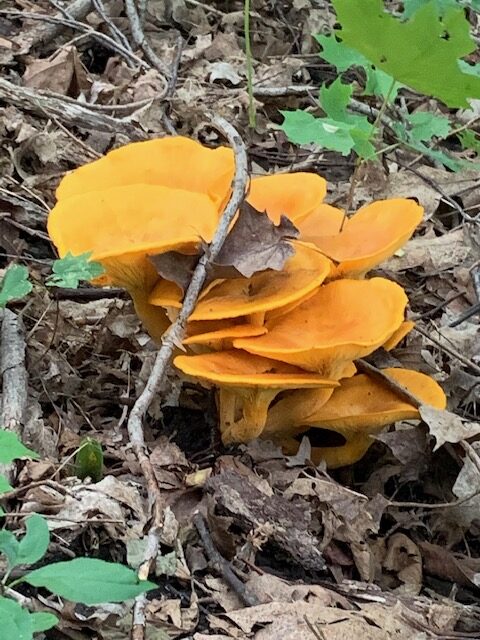 We saw the Jack o Lantern on August 14 at Minnewashta Park.  I remember we both thought it was kind of surreal or “other worldly-looking”.  It had a unique energy.
Janine Pung

I was with Janine and we saw a few clumps growing in a hardwood forest. The Jack O Lantern is poisonous and is said to glow in the dark, thus its name, “Jack O Lantern”.
Lawrence Wade 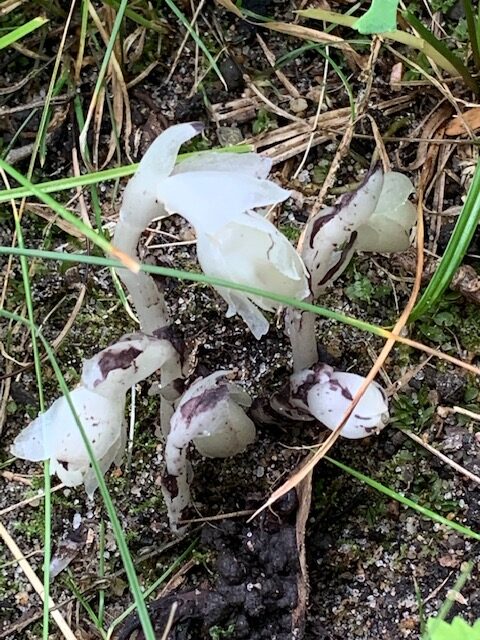 Whenever I see an Indian Pipe in the woods, my first reaction is, “What’s that?”. Lawrence Wade

Indian Pipes are not actually mushrooms but a unique form of plant also known as the “ghost plant”. It grows in the shade and lacks chlorophyll, thus it has a pale color. Since it is not able to photosynthesize, it “steals” nutrients from the mycelia of fungus who are interconnected to the roots of trees.

The “Chicken in the Woods”  is not only colorful, but a culinary favorite of mushroom hunters. It can be found growing on the base of dead or dying hardwood trees. 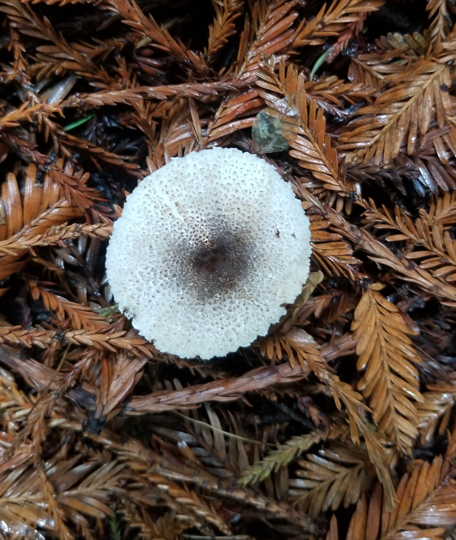 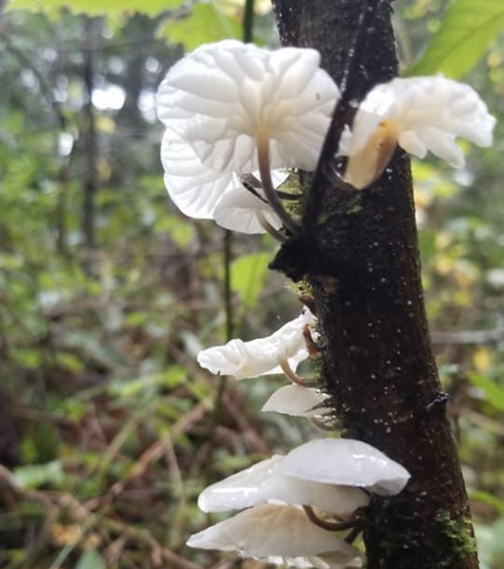 Really like the architecture with nature’s skylight. James Cotton

So tiny and delicate.  Another micro world that is so easily passed over.  A reminder to slow down and take it all in.  James Cotton 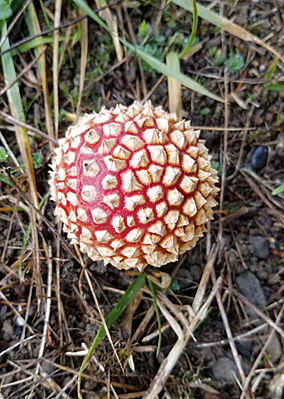 Like Gondwana land the white surface fragments of the cap breakup into other patterns as the cap evolves.  Startlingly beautiful coloration! Perhaps a cautionary signal not to eat.  James Cotton 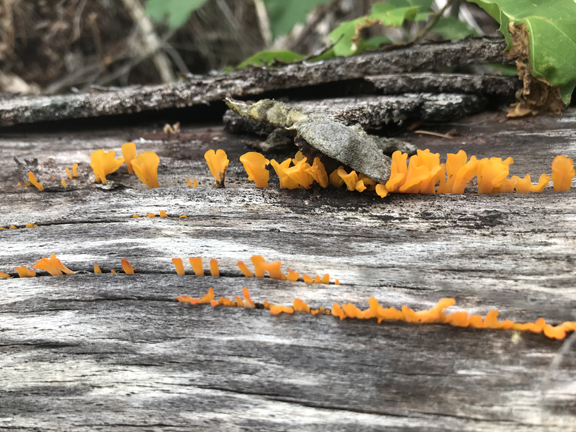 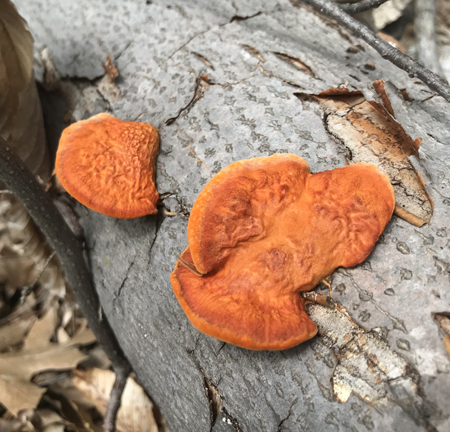 Contributor, Cindy Eyden shared the following link: How Trees Secretly Talk to and Share with Each Other