Was Tinker Bell a Firefly? 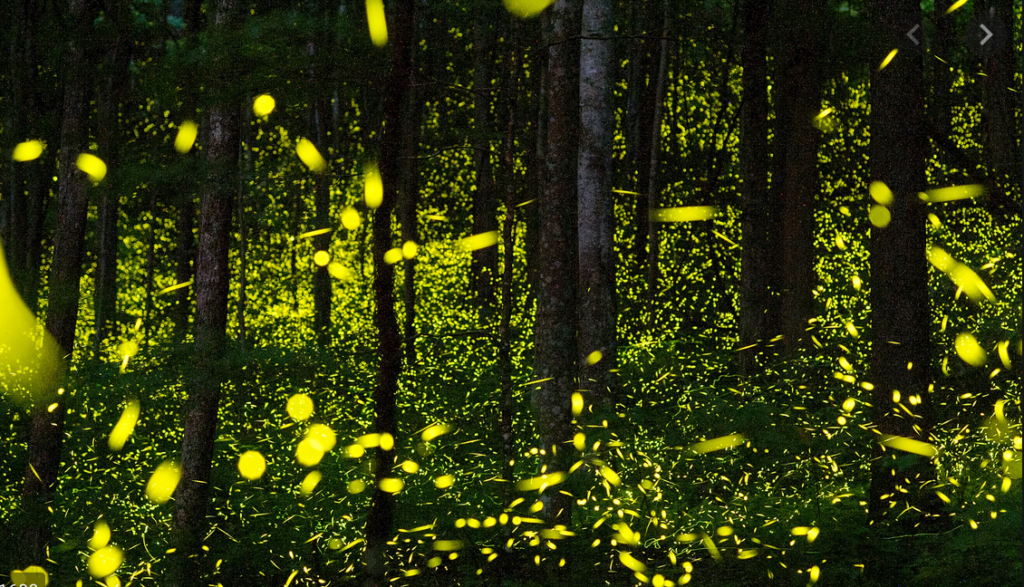 For the past three nights (mid June) I have watched as many as a  hundred fireflies blinking in my yard. This is so hopeful because for years I have rarely seen them. Twenty-five years ago, I remember walking out at night with my kids on a warm summer night. In the field below were hundreds of fireflies with blinking lights. The kids ran down in the field shrieking with joy.

Yes, they are magical, but they don’t come from pixie dust. 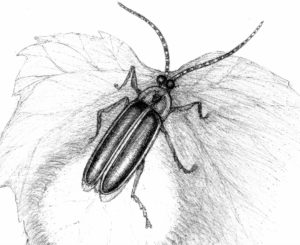 The greenish glow or “bioluminescence’ of adult fireflies comes from a light-producing organ in its abdomen. The light is produced by a chemical reaction in its body and the reaction is triggered by oxygen from the breath of the firefly. So a firefly can control its flashing pattern with its breath. Each species of firefly has a specific flashing pattern that helps it locate a mate. In observing fireflies you may see the male flash once and then flash again 5 to 10 seconds later. Typically a male will fly just above the grass flashing for a female of its species. It will continue this flashing until a female hiding in the grass, flashes back to it. There are also species that flash twice instead of once.

There is danger in the weeds!

It all sound so simple, a male firefly flashes and a female waiting in the weeds flashes back. Some female fireflies are predatory and mimic the blinking pattern of another species, to draw the male to her. Imagine a male locating its mate and just when the male thinks it is going to mate, the “female mimic” kills and eats the male.

Fireflies are not flies or bugs but actually a type of beetle. The adults live only long enough to mate and lay eggs (usually 1-2 weeks). Mated females lay up to 100 eggs under leaves and the larvae hatch in about a month. Surprisingly the eggs of some species of firefly glow dimly in the soil. Most of a firefly’s life is spent underground as a larva. In fact, some firefly larvae live underground for almost two years. They are found under leaves and mulch in moist soil. The larvae are predatory and feed on earthworms, slugs and snails. Many species of larval fireflies have “lights” and have been called “glowworms”. In late spring or early summer of the next year, the larvae makes a mud chamber and forms its pupae. While in the mud chamber, the larvae metamorphoses into an adult flying beetle in 2-3 weeks. 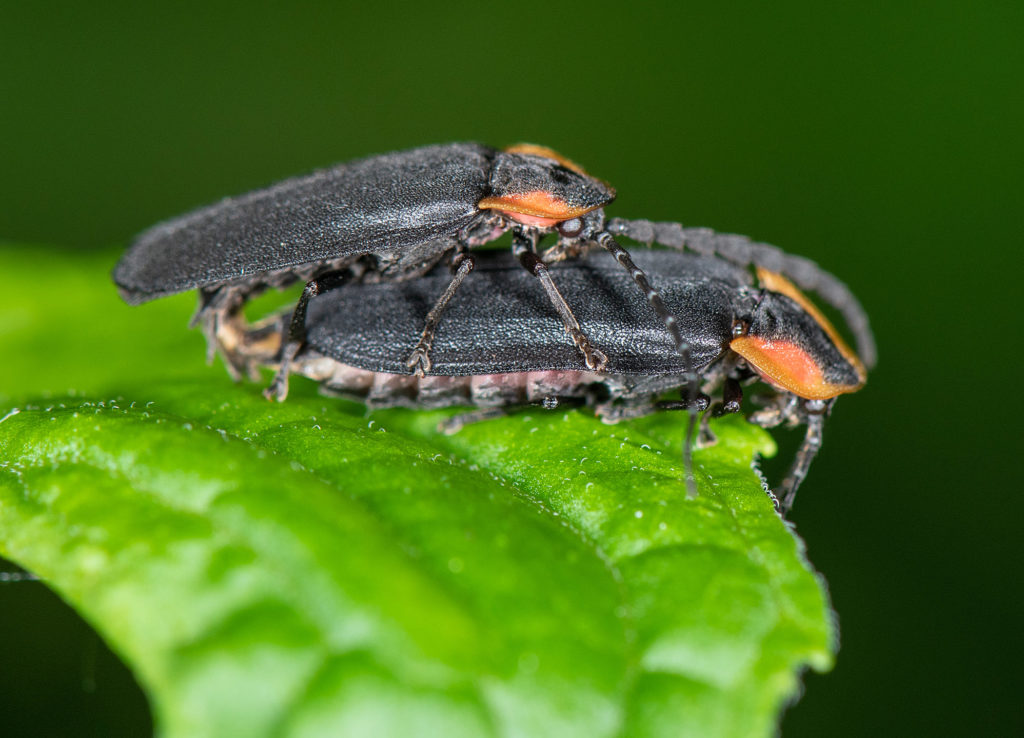 Mating fireflies. Notice the large size of the female.
photo by Heather Holm

Where have all the fireflies gone?

Alert! Have you noticed that you don’t see as many fireflies as you used to? This is not happening just in your yard, but researchers are seeing firefly populations disappearing around the country. It is not really clear what is causing the drop in firefly numbers, but there are several things you can do to create a friendlier environment for fireflies and other invertebrates in your neighborhood.

This entry was posted in Insects. Bookmark the permalink.