A Sense of Place – Journey to the Center of the Earth

To see the video of the river, you will need to use your Safari browser.

This is the third in a series of stories about a “Sense of Place”, where a person can feel the wonder on nature. This story takes us to Niagara Cave and Forestville/Mystery Cave State Park. The caves are located within miles of the Iowa border, only 2.5 hours from the Twin Cities.

Caves are unknown, mysterious, and have their own beauty.
You are deep inside of the Earth now. There are dark passageways, strange sounds, and the oxygen is pure. This cave is relatively untouched by humans and the rawness of nature is all around you. 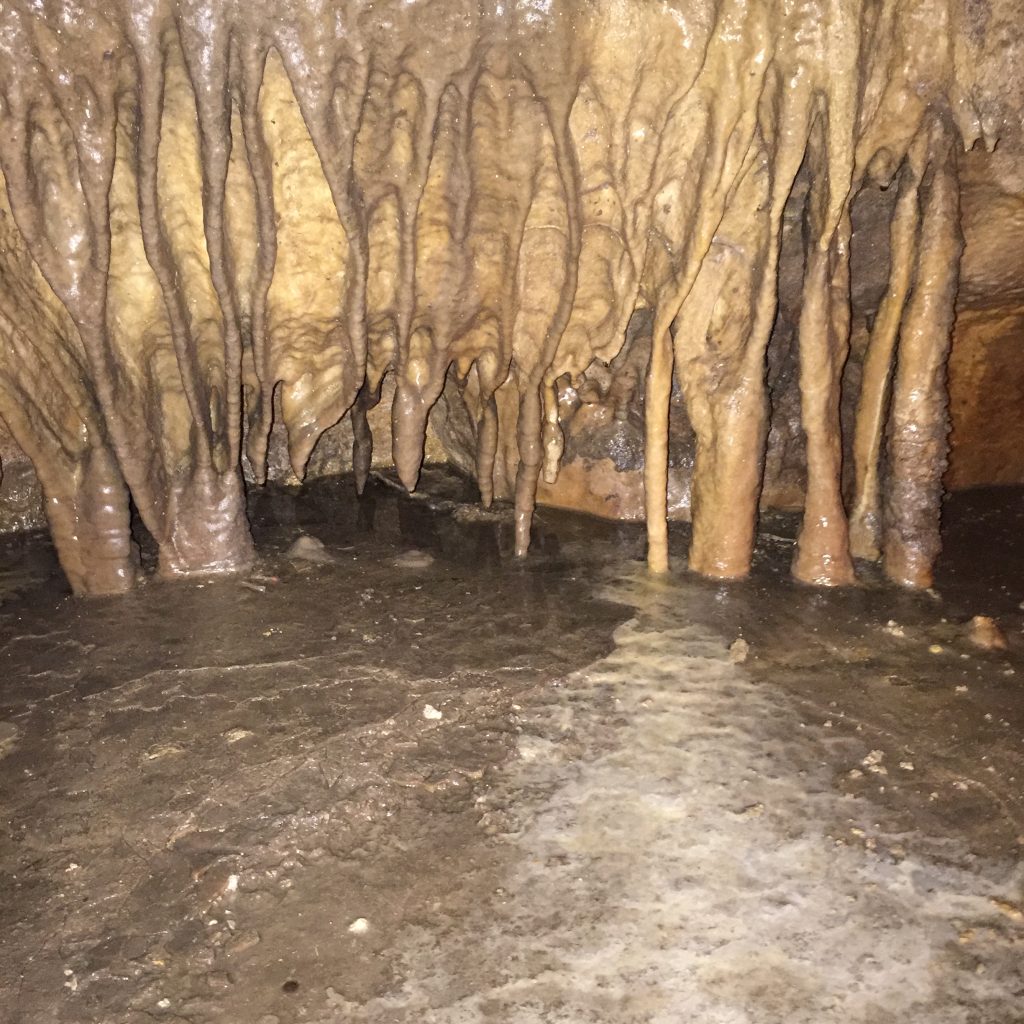 Walking through a cave is like walking through the insides of your body: bones, organs, and blood.  You are inside of the cave, but at the same time you can feel the aliveness  and beauty inside your own body. 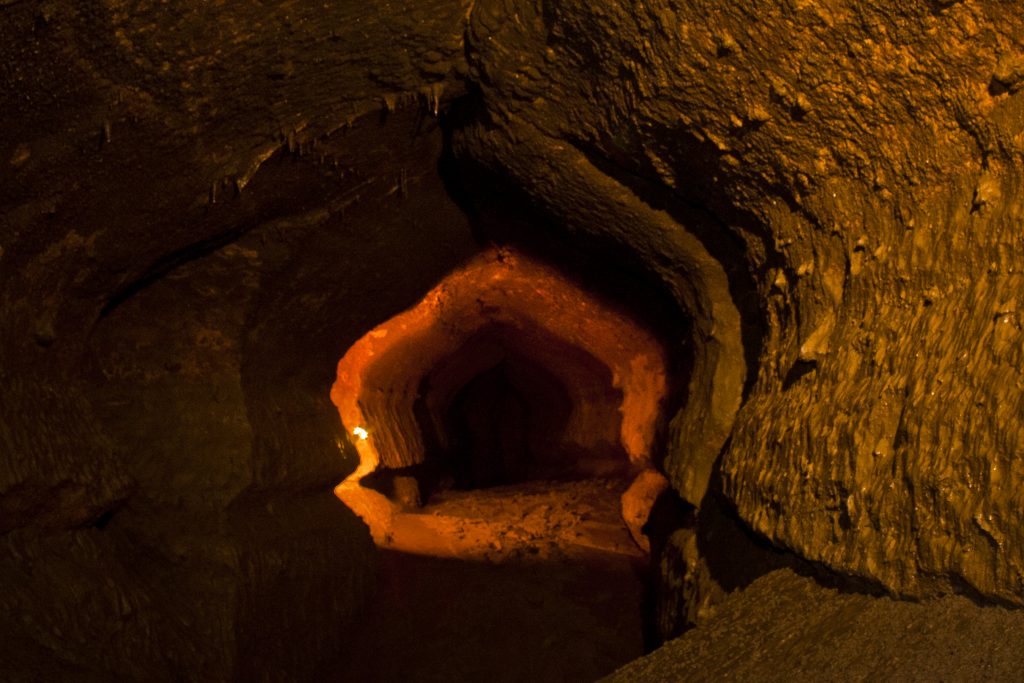 Are you walking through your blood vessels now or a passageway at Niagara Cave?  A river ran through this cave carving passageways and now it is dry. 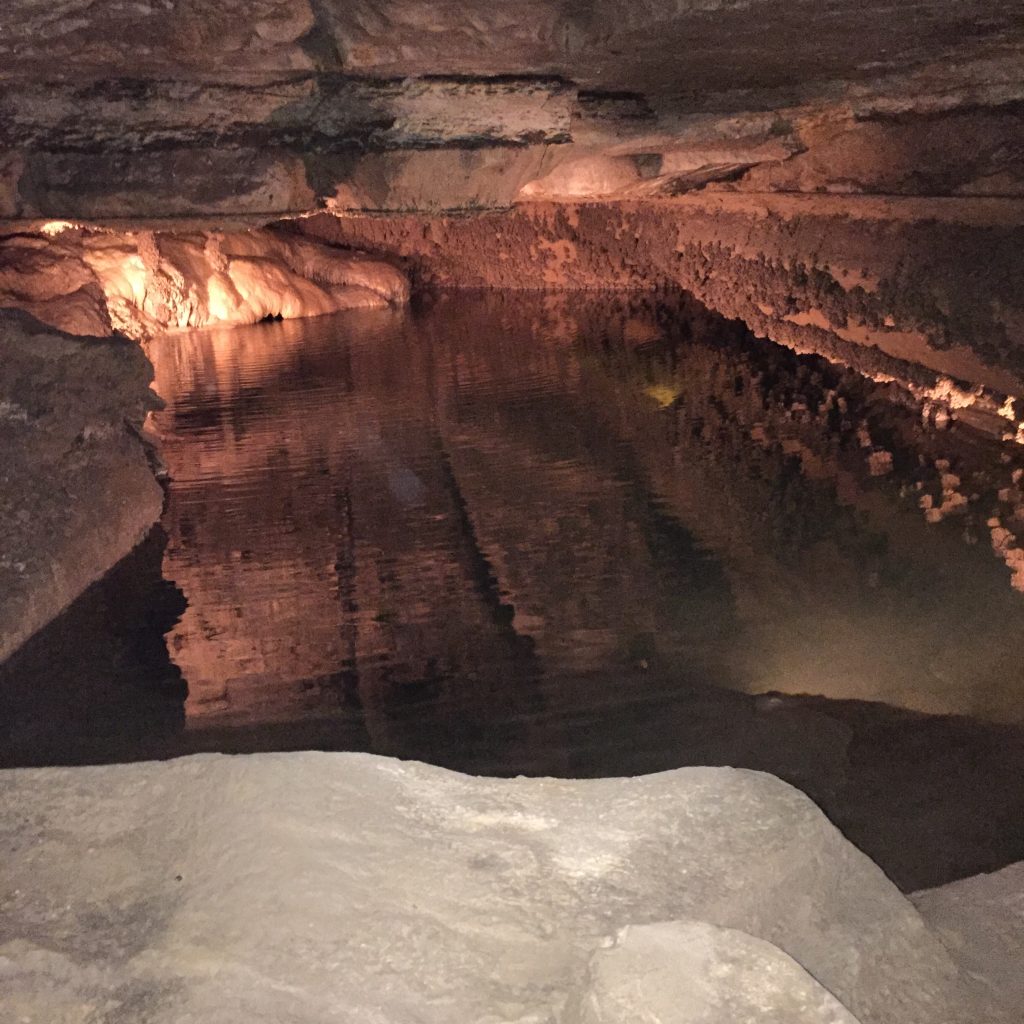 The energy at this pool was pure and serene. I felt a calmness wash over me. I took it in, like a  camel drinking in the desert.

The subterranean waterfall was breathtaking. I could hear the roaring from far away, as I walked through the passageways.  Just two days before, the cave flooded due to a torrential rain and the cave was closed to visitors .

This is what geologist call “karst” country. The land of sinkholes, disappearing rivers, springs, and, of course, caves. Both Niagara and Mystery Cave appear out of nowhere hidden in the corn fields of Fillmore County, MN. 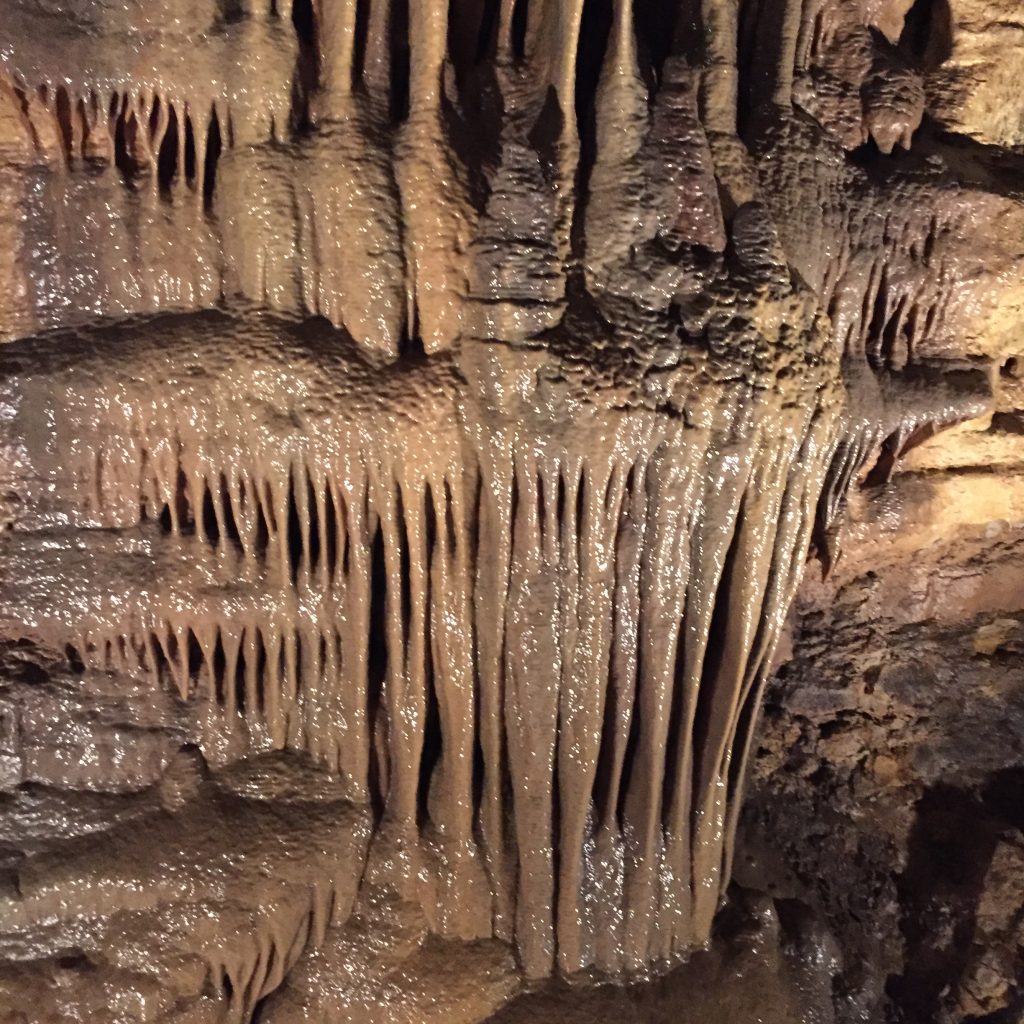 Niagara Cave was discovered in 1924 when 3 pigs went missing at a local farm and the searchers discovered a crack in a nearby sinkhole. They lowered themselves down 50 feet into the cave and found the pigs (alive) and vast rooms and passageways.

If you love geology, both Mystery and Niagara cave have a fascinating history. This area was part of the great inland sea that covered much of North America roughly 400,000,000 years ago. There is fossil evidence in both caves of gastropods, cephalopods and horn coral.

Mysterious formations are around every turn…

If you would like to share your story, where you feel the closest to nature, send me your text and photos. It may one or two paragraphs or an entire posting.
larrywade16@gmail.com