The Eagle has Landed

​Story, photos, and artwork by James Gregory, Plymouth, MN. This the second submission Jim has made. To see more of Jim’s artwork and the work of his wife, Kristina go to:
www.oldnaturalist.com/sharing-art-from-the-heart-of-the-earth/

“While skiing across frozen Parker’s Lake right after a new snow, I came across a solitary imprint in the snow with no tracks leading to it. Closer examination indicated that the feathers of an eagle wing, talons and a prey body had fallen from the sky and then leaped in battle to another area where a terrific fight ensued with snow disturbed fifteen feet across. 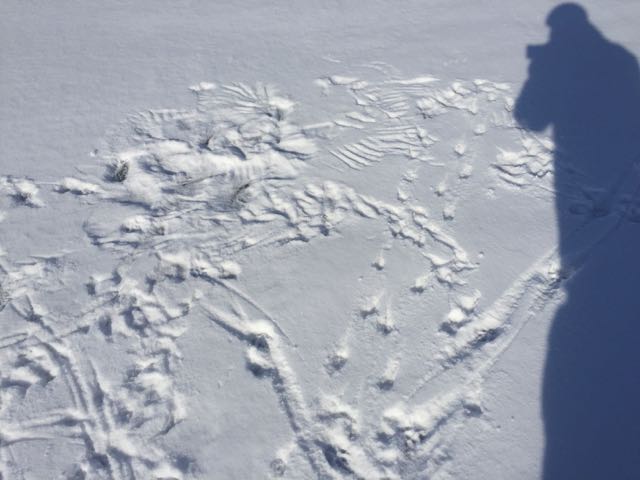 Then close by  was another area stained with blood, bits of flesh and fur and the remains of a rabbit’s leg. Studying the layout I could see the pattern of the action and could graphically imagine what had taken place.  There was a great struggle on the frozen lake, this is all that was left afterwards. Also I could see the tracks of the scavenging crows that moved in for the spoils. 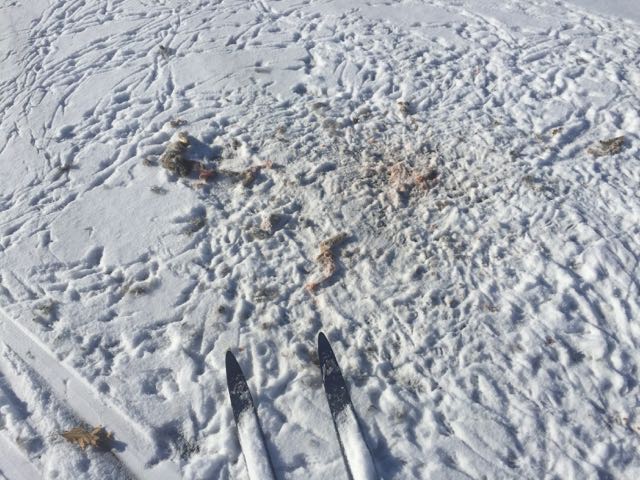 The initial image haunted me with it’s iconic wing feathers and the striking ice showing through the snow where the body had hit. After playing around with some sketches I decided to paint a depiction of the battle as shown in the snow and to tie the scuffle areas together with some sweeping brushstrokes representing the combatants. The final painting is a permanent reminder of what I saw that magical morning and a reminder to watch for inspiration from Nature!” 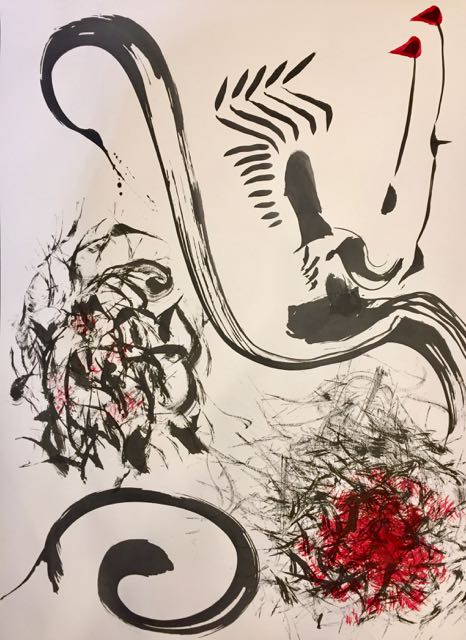 This entry was posted in Nature Notes, Winter. Bookmark the permalink.