I have lived in the Twin Cities for 30 years and have never visited Coon Rapids Dam until last weekend. What a treasure! A lot of birdwatchers, photographers with ultra long lens, families, and bicyclists. Many thanks to Jane Ball and Celeste Rouse who contributed their beautiful photos. 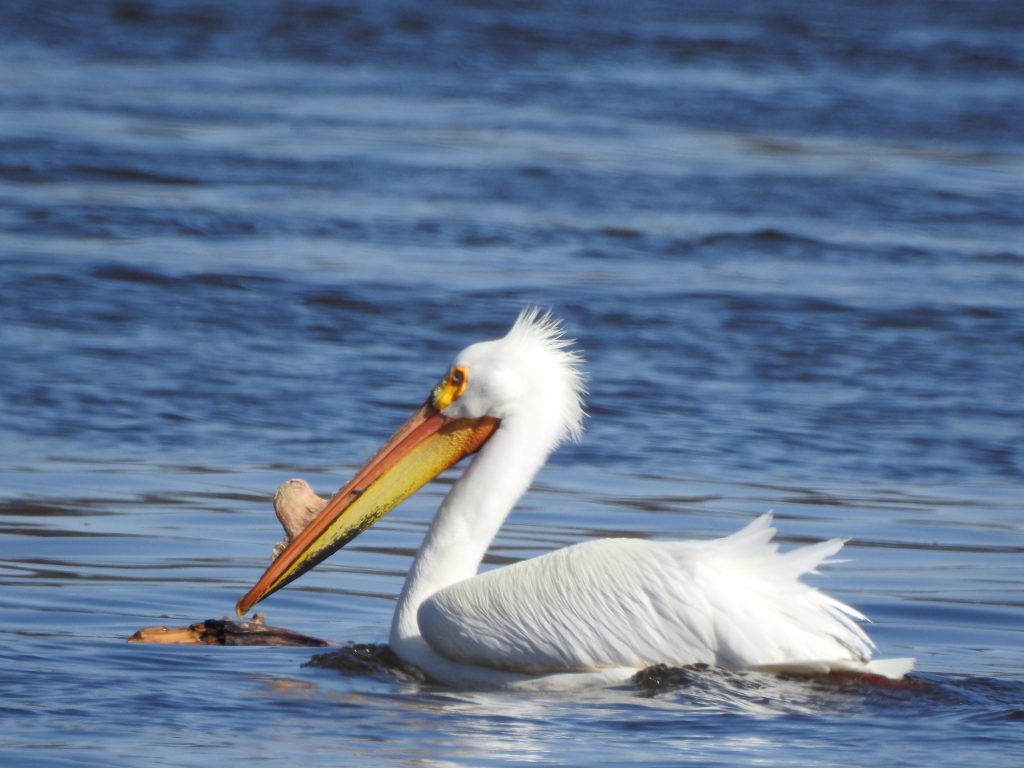 White Pelican with the “horn” on the top of the beak that develops during the breeding season.  Photograph by Larry Wade

The White Pelican has one of the largest wing spans (9 feet across) in North America, second only in size to the California Condor. White Pelicans nest in Northern Minnesota, North Dakota and Southern Canada. 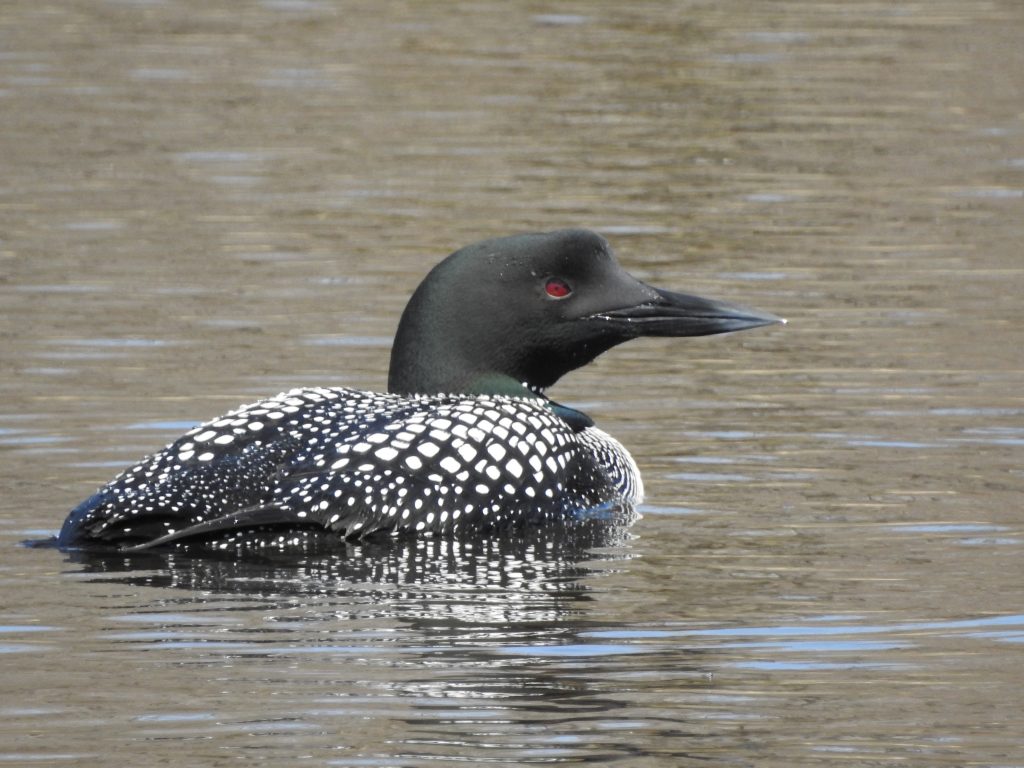 There were 4 or 5 loons at the dam, possibly because most of the lakes in the area and north are still frozen. Photograph by Larry Wade 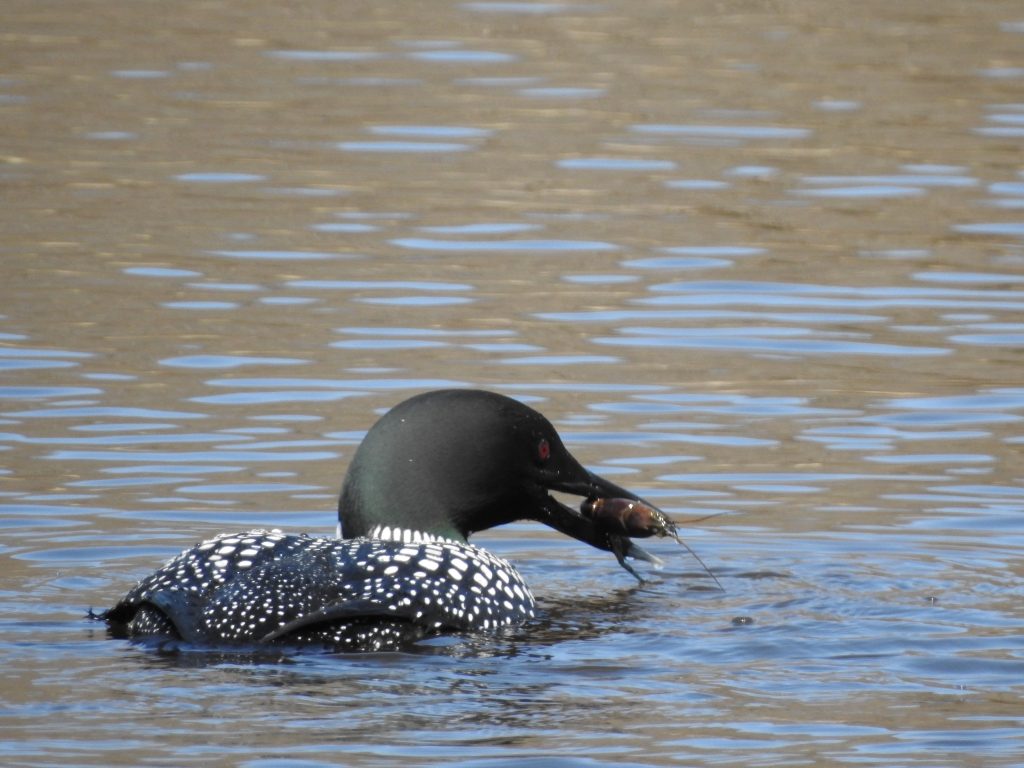 Most of the birds that were at the dam were migratory. I came back next day and 50% of the birds had left. The wind had changed from a north wind to a south wind. Spring migratory birds usually move when the wind is from south because they can get a free ride and not have to expend as much energy. 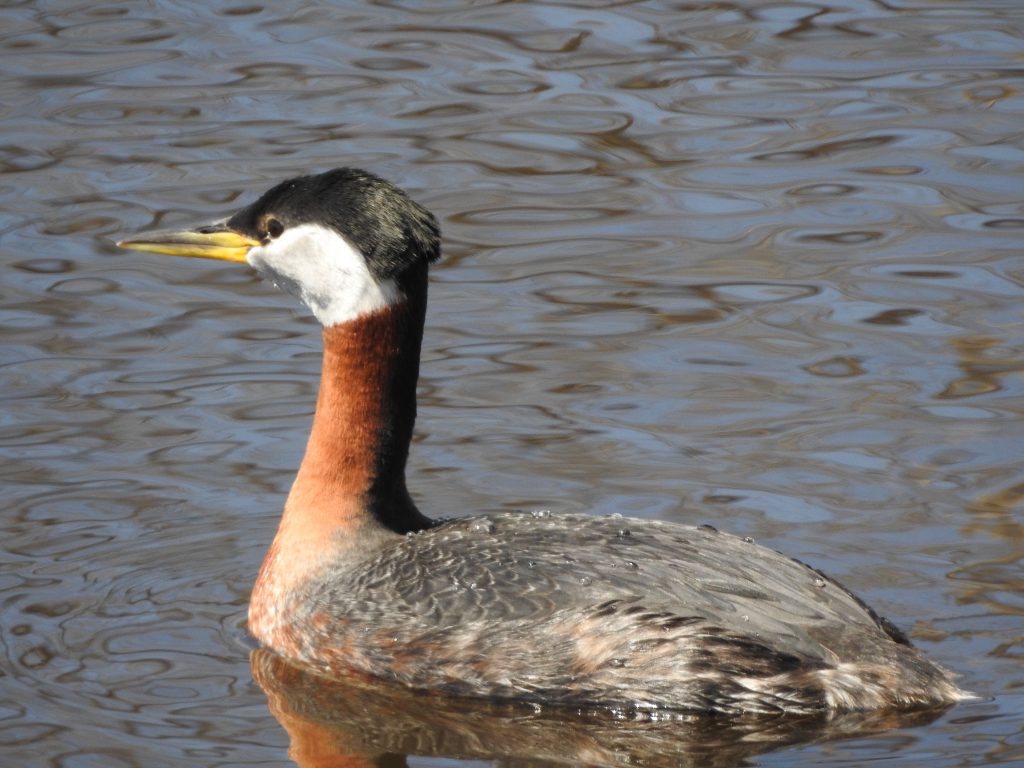 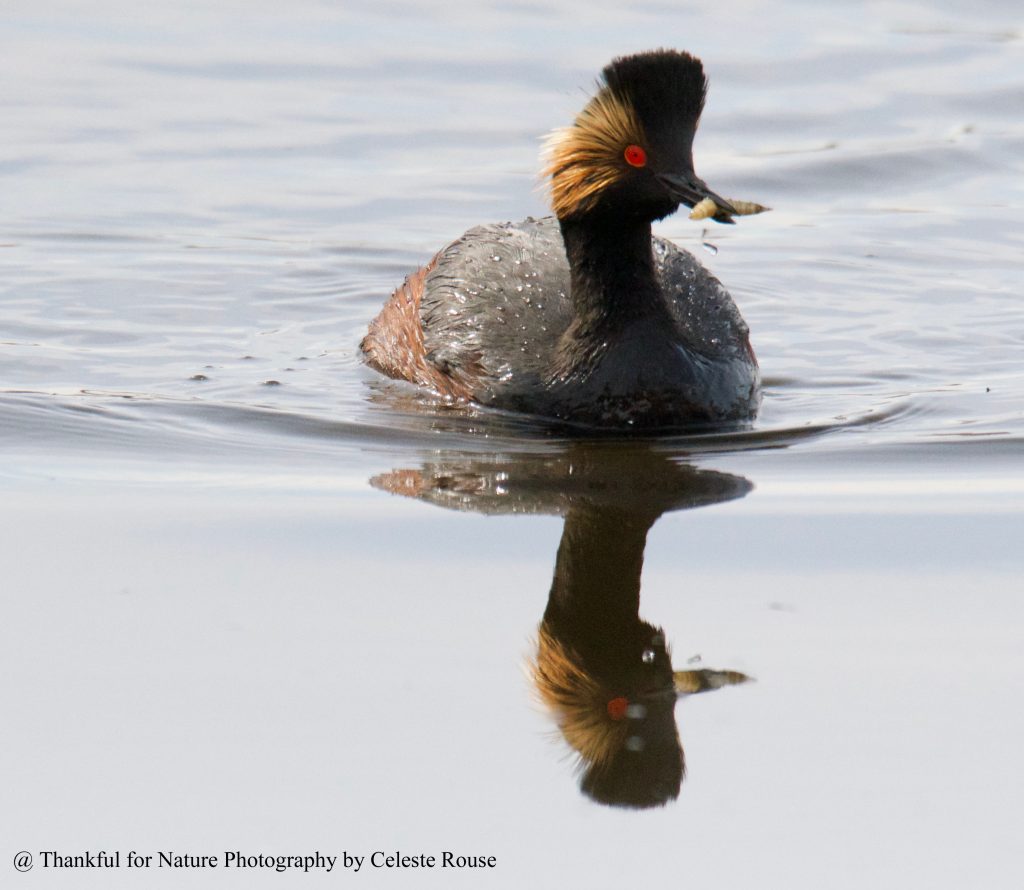 Eared Grebe with a grub.
Photograph by Celeste Rouse 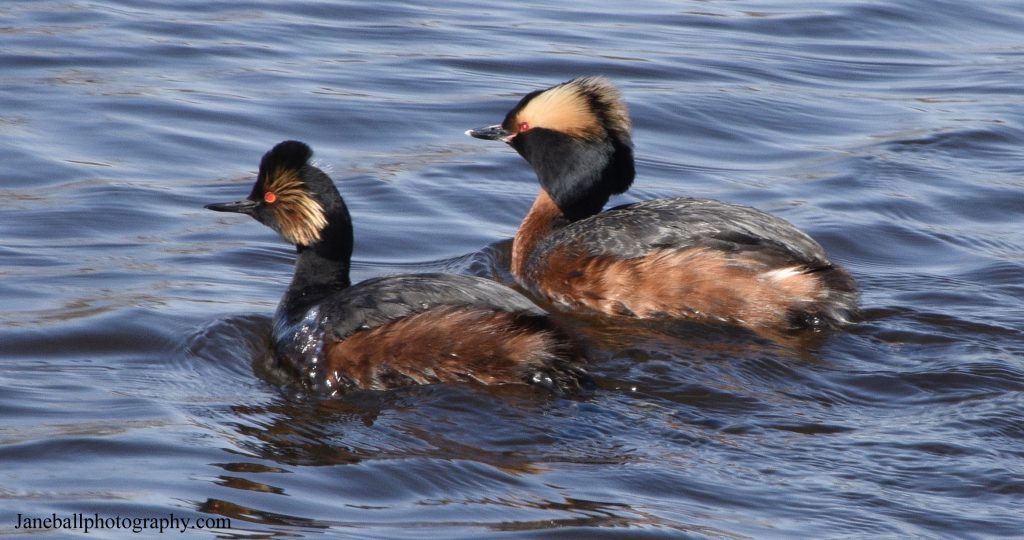 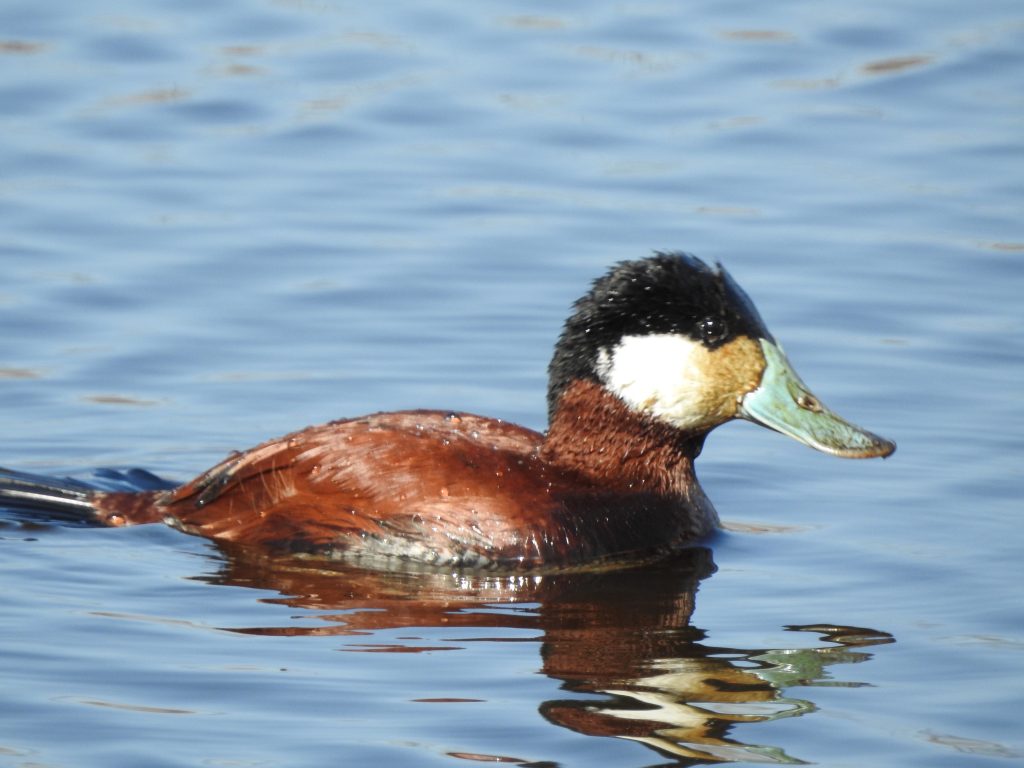 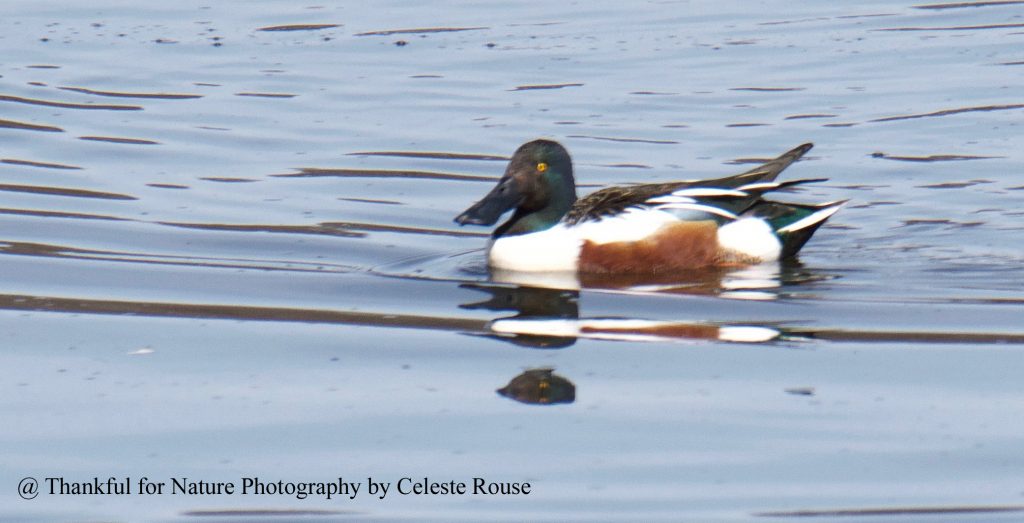 Male Northern Shoveler. The bird gets its name because of its large beak that it uses for filtering plankton.  Photo by Celeste Rouse

Both the Northern Shoveler and the Ruddy Duck nest in the pothole region of Northern Minnesota and North Dakota. 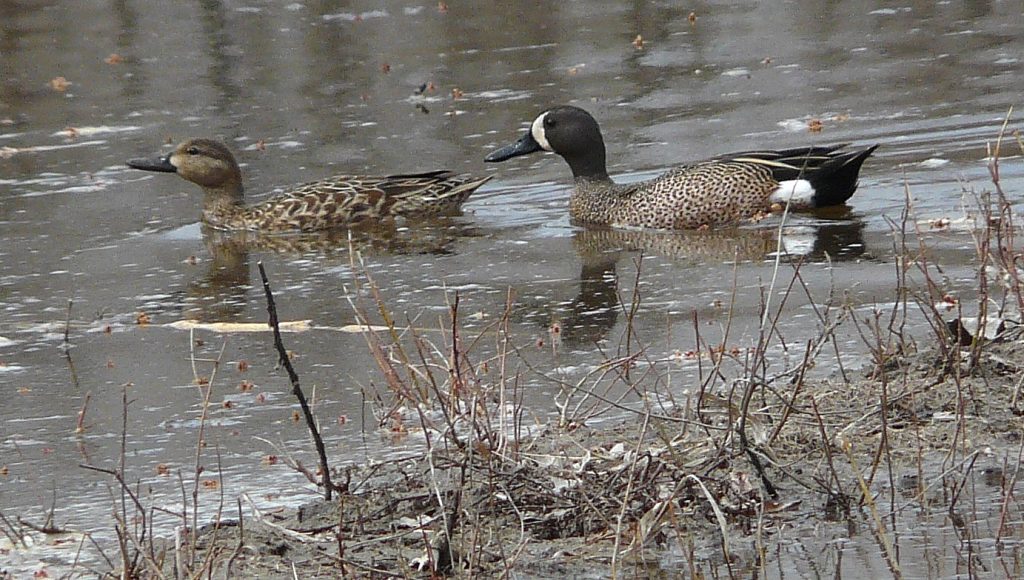 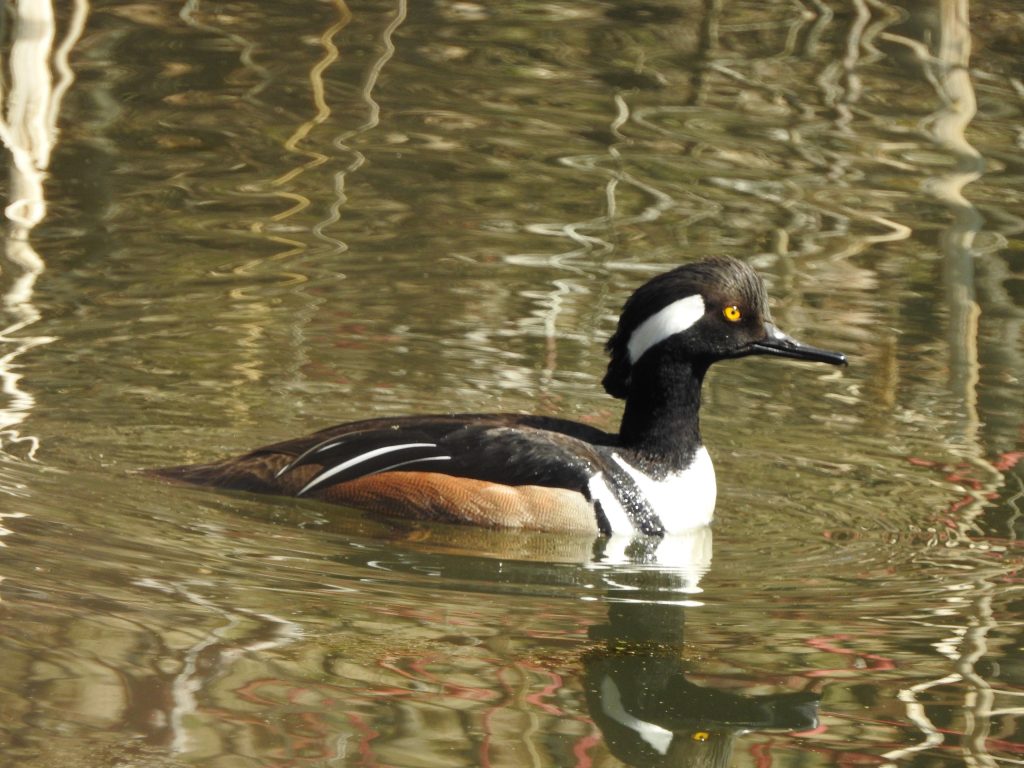 Hooded Merganser is a fish eating bird. It has a serrated beak and is sometimes called a “sawbill”. Photo by Larry Wade 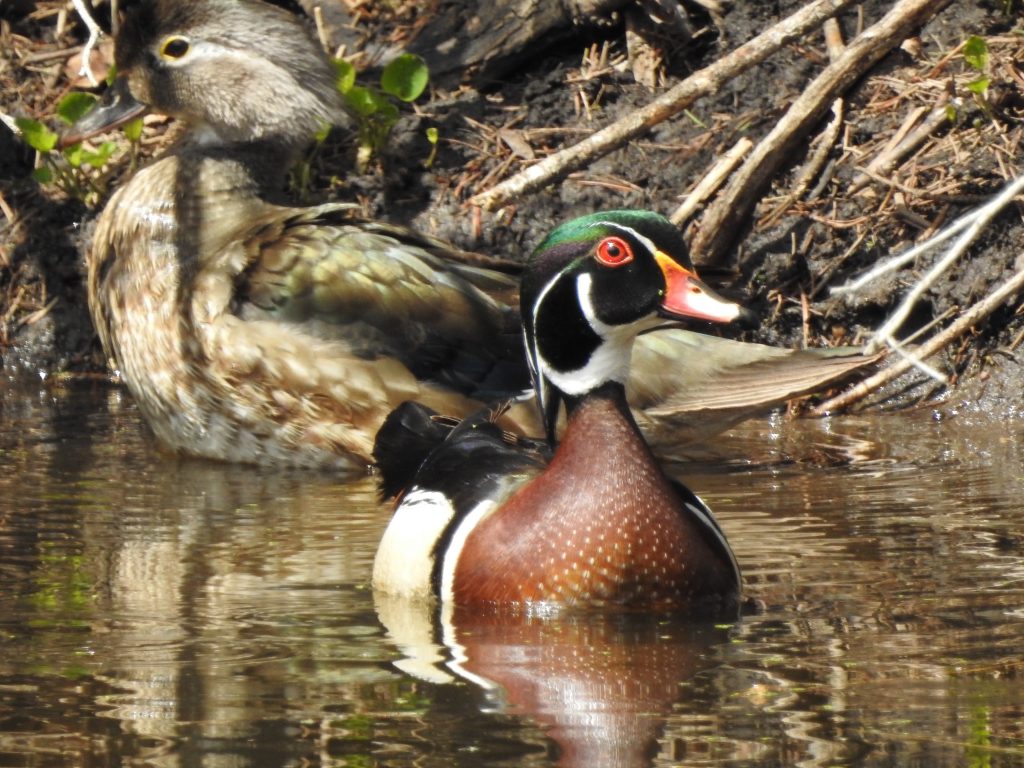 Male wood duck in the foreground and the female in the background. Wood ducks nest in the Twin Cities.
Photograph by Larry Wade 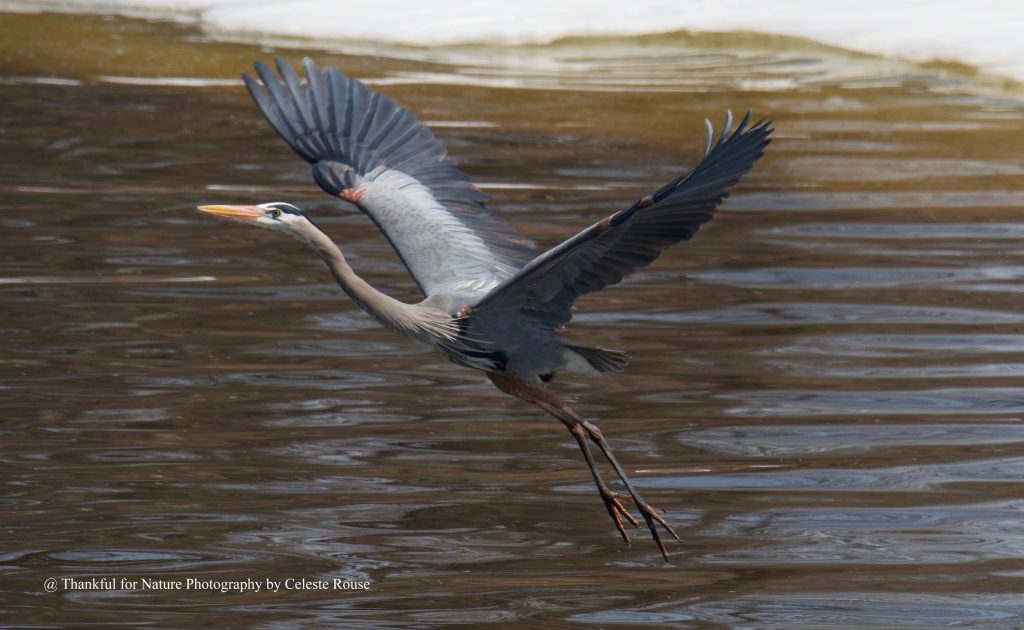 The Great Blue Heron is 4 1/2 feet tall. They use their sharp beak for spearing fish, frogs, mice and insects. Blue Herons nest mainly in trees. 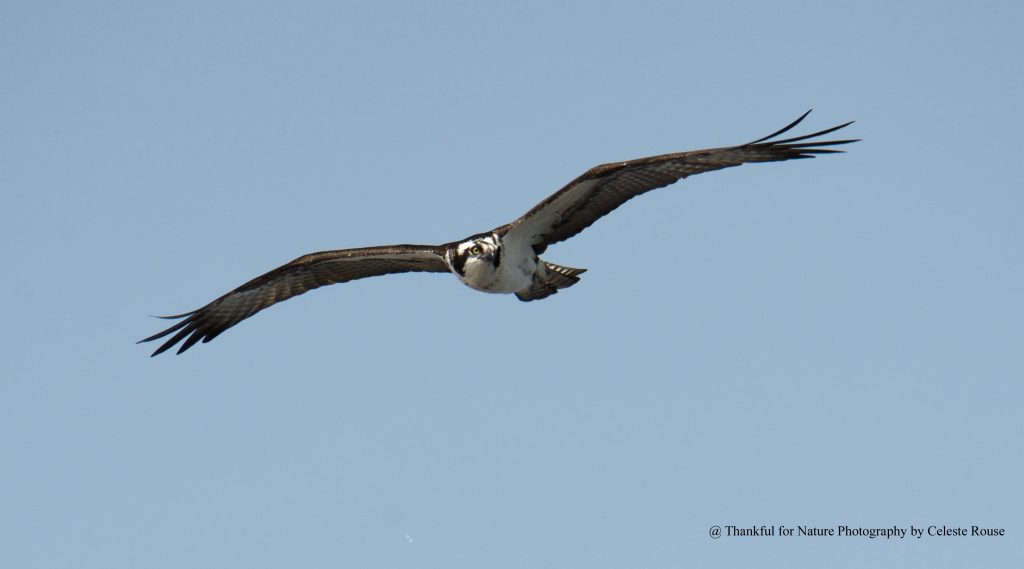 There is an osprey nest on the  west side of the Coon Rapids Dam. On Sundays there is an osprey watch volunteer monitoring the nest. He has a very large telescope for interested people to observe the birds.