The Big Woods and the Fight to Save Lone Lake Park 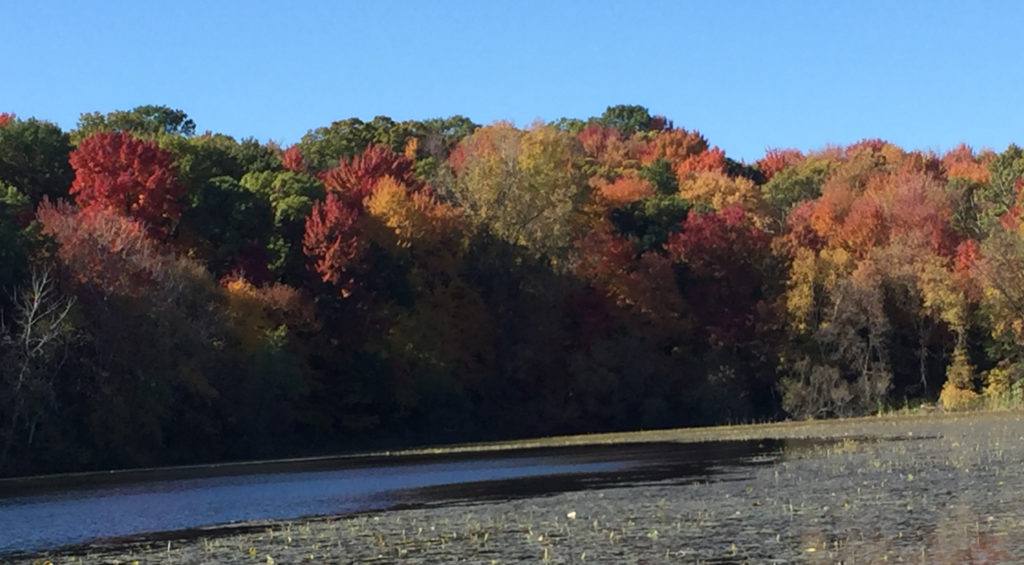 Lone Lake Park is a forest remnant of what was known as the Big Woods. The Big Woods was over 2,000 square miles, extending in a band 40 miles wide from what is today Mankato to Monticello. In the 1800’s, bears, wolves, and other creatures lived there, but were extirpated by white settlers moving into the area. Dakota elders said that the woods were so thick, that a squirrel could go the entire length of the great forest without ever touching the ground. 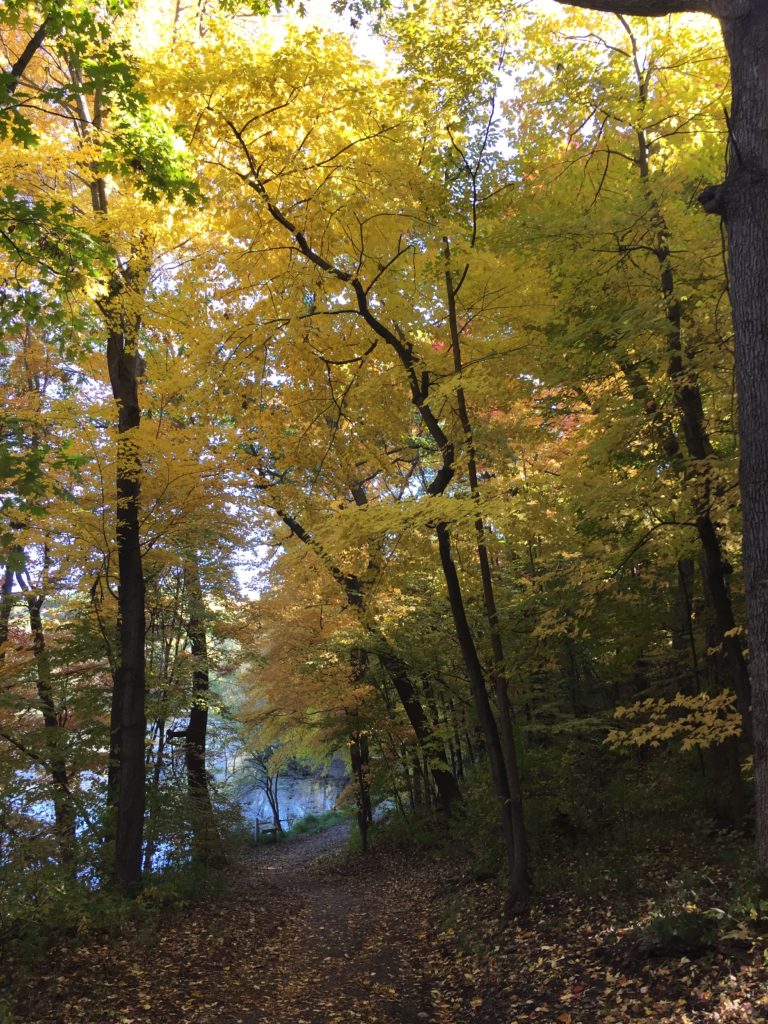 Department of Natural Resources plant ecologists, Fred Harris and Dan Wovcha say the following about Lone Lake Park. “Lone Lake Park is a remnant of the Big Woods forest. 98% of the original forest has been eliminated and what remains are very small fragments such as what you have at Lone Lake Park. A portion of the forest was mapped in the Minnesota Land Cover Classification System as a mesic oak forest, which was one of the main forest types that made up the Big Woods. We support your effort to conserve this forest remnant.” 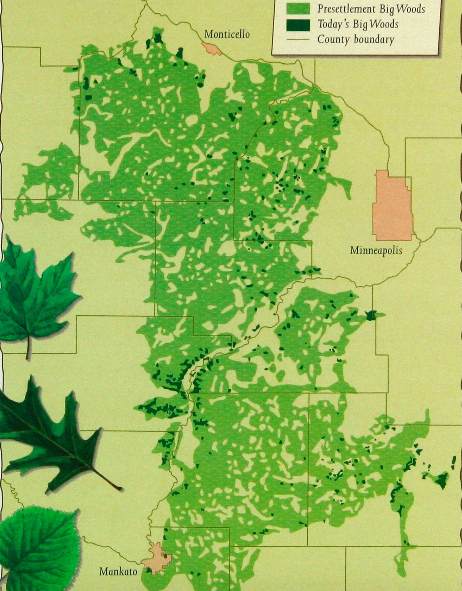 The Big Woods existed for over 700 years before settlers began cutting the big trees in the 1840’s. They didn’t see the magnificent forest that was there. They saw the house they were going to build or the field that would have crops. Agnes Larson, author of the book, “History of the White Pine Industry in Minnesota”, wrote: “In the development of Minnesota, these hardwood forests counted for little. It was the rich soil in which they grew that was attractive to the settler. So the strong oaks, the stately butternuts, and the queenly maples were felled merely to be cast into the fire, so that wheat could grow where once they had stood.”

Ginseng was a common plant in the Big Woods in the 1850’s, but hundreds of thousands of pounds was harvested for the Chinese market by settlers so they could pay off their mortgages. The ginseng was no more (MN Historical Society).

“The Big Woods has a high extinction debt–many of the plant species are likely to disappear because of loss of habitat, fragmentation and invasive species like buckthorn and European earthworms that infest even the tiny remnants of Big Woods. To reverse that situation we need to expand the remnants and relieve the many stresses on them.”
Lee Frelich, Director, University of Minnesota Center for Forest Ecology

By the 1930’s, farmers near Lone Lake Park had clear-cut the hardwood forest and planted raspberries. Many of the trees in Lone Lake Park are second growth, but there are some areas of old growth trees.  Suburban development including housing and businesses continues to decrease the small forest remnants that exist today.

In 2003, Wayzata, MN, private developers proposed clearing 14 acres of a remnant of the Big Woods for apartments or a high-rise building. But city officials, like Wayzata City Council member Bob Ambrose, said they didn’t want to lose what they saw as a rare treasure. The community raised the money to protect the land and created a park.

The City of Orono has Woodrill  and Long Lake has Wolsfeld Woods, both are Big Woods remnants.

The City of Minnetonka has an opportunity to protect this remnant forest at Lone Lake, so that we can all learn how to be better stewards of our wild spaces. 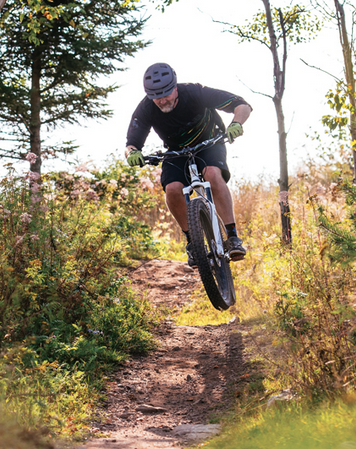 In the past 20 years, interest in mountain biking has increased dramatically. In the Twin Cities alone, riders can access over 20 different courses. In addition, there are competitive high school teams.

The Minnetonka City Council is seriously considering putting in 4.7 miles of mountain biking course into this park. The course would disturb roughly half of the wooded area of the park. 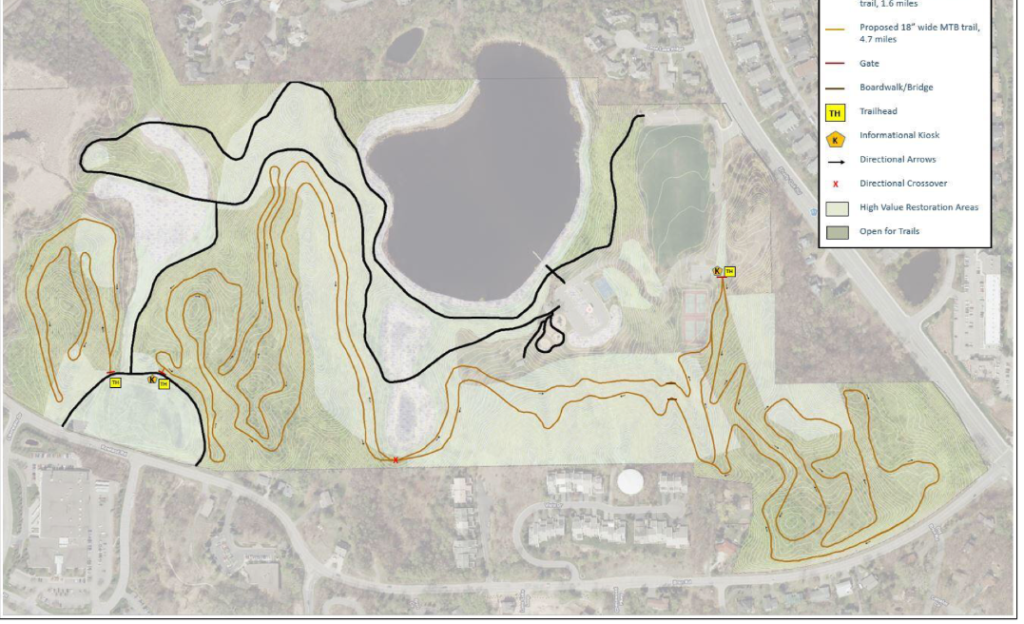 To meet the demand of some residents, the City Council of Minnetonka, assigned the city staff to research the feasibility of constructing a mountain biking course into Lone Lake Park. Lone Lake is a kettle lake that is enclosed by a glacial moraine. One main reason it is attractive as a biking course is because of its glacial steep hills.

Dan Wovcha, DNR, plant ecologists says, “The overall message is there are a lot of stresses on our remnant forests, and stewardship is extremely important for their long-term health.

What will this habitat look like in 40 years? If the city council votes to put in the trail, this ecosystem will most certainly be degraded. However, if the city council decides that having a Big Woods Park is more valuable than a bike trail, the second growth trees will be over 100 years old. There will be more native plants, more birds, more mammals, more…. Life. My grandchildren and great-grandchildren will be able to walk in the Big Woods Park and know that those who came before them protected the land for future generations. 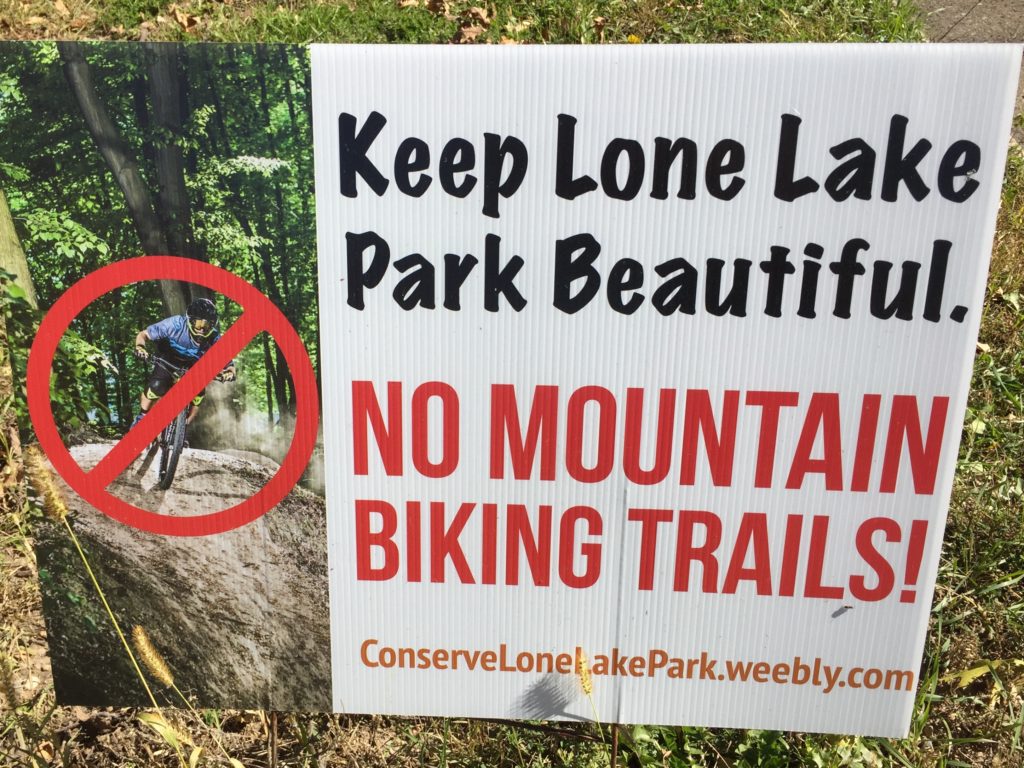 This entry was posted in Connecting to Nature, Nature Guardians. Bookmark the permalink.