Photos and text by Jane Ball. Jane is a frequent contributor to the Old Naturalist. She has traveled the Earth and is a true guardian of our Planet. 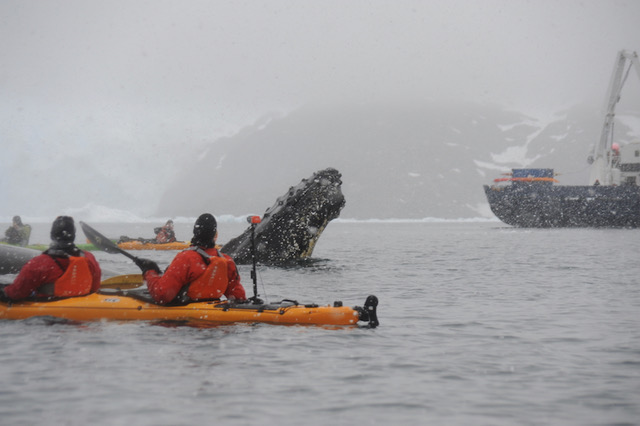 To me, Cierva Cove in Antarctica is one of the truly magical places on Earth. I have been there twice. The first time, in 2016, the glistening serenity of the water and the sky and the partnership of the icebergs and the clouds all blending together lifted the spirit of the place and made it tangible. Being there was like floating in the ether. There I saw my first beautiful floating berg of rare black ice. 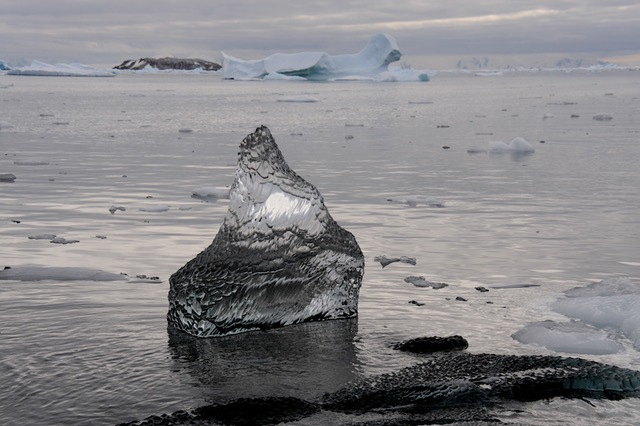 My second trip was in 2017. January 9, 2017, was my friend’s 70th birthday. For her birthday, she wanted to go to Antarctica, so I happily went again. On January 9, our boat pulled into Cierva Cove so that the guests could have a few hours in Zodiacs investigating whatever we found in the Cove. The Cove was filled with icebergs, as it usually is, and plenty of big flaky snowflakes filled the air.

What we didn’t know was that at that time, the waters of the Cove were also apparently filled with krill. Krill are tiny crustaceans and are a keystone species and essential food source for most marine species in Antarctica and around the world, including whales, seals, penguins, and various birds. Krill populations are declining in many areas which is cause for concern. But this day, they were providing a feast for dozens of humpback whales.

Eight or so Zodiacs were loaded with guests and spread out in the Cove, along with a half dozen kayaks. As we were bobbing in the water, getting our bearings and excited to see a whale in the distance, a humpback surprised us with a spyhop right in our midst, I suppose taking a minute to check out all the new flotsam in the water. From that point, the game was on! 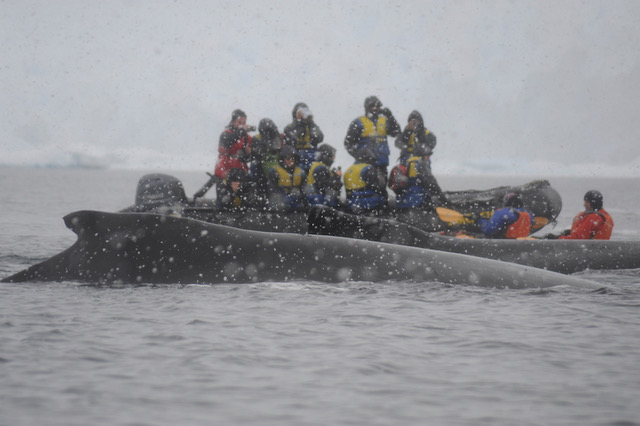 Two Humpbacks  surfacing beside a kayak and Zodiac.
Photo by Jane Ball

The captain and crew stopped their duties to stand on deck and whoop and point. The people in the Zodiacs and kayaks tried to be everywhere at once. There was something exciting to see in every direction. 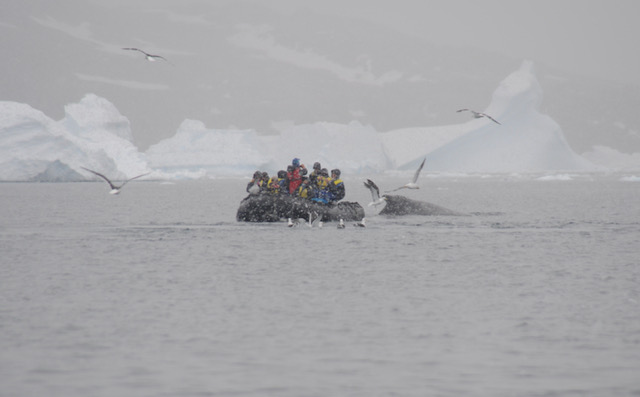 With Icebergs on the horizon, another humpback alongside a Zodiac.
Photo by Jane Ball 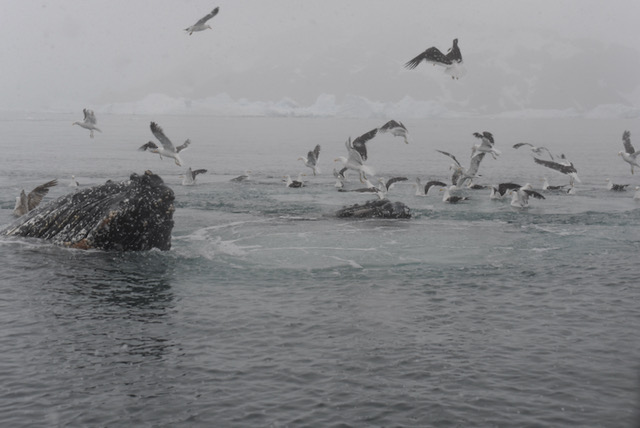 At one point I was furious because everyone in my Zodiac was standing up between me and a lunge feeding whale that I could hardly see. The next minute I was hanging over the side, watching a whale come directly at me and dive just before it reached the Zodiac. 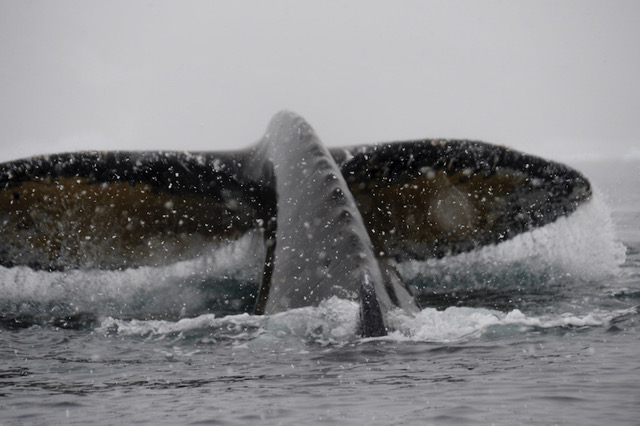 Humpback fluking-up close to the Zodiac.
Photo by Jane Ball

All the while, a heavy snowfall gave an otherworldly feel to what was already an action-packed and thrilling experience, my camera alternately focusing on the whales and the snowflakes. Dozens of birds surrounded the feeding whales, getting their portion of the feast. 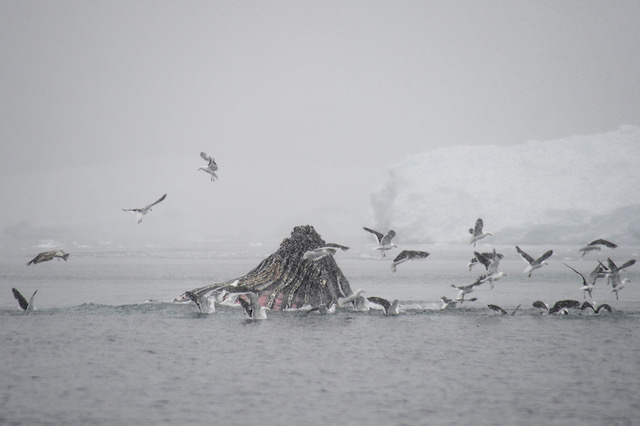 Even a raft of penguins swam next to us.  So much life! and all because of the tiny krill.” 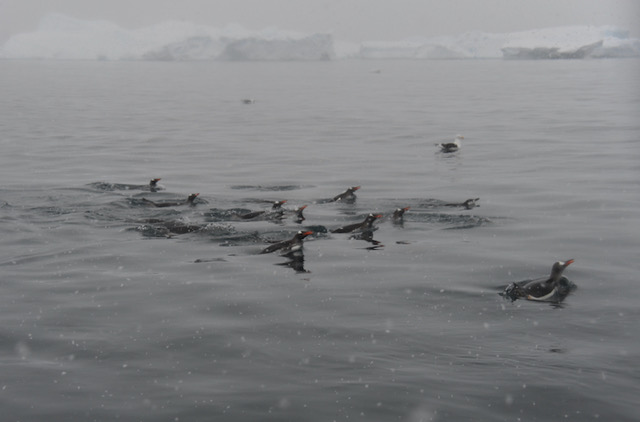 I’m told we were out for over three hours, but to me it seemed like 10 minutes. The crew said they had never seen anything like it and that there were at least 50 whales. If I could have stopped time, I think I’d be there still.

For more of my images of  Antarctica go to:
https://janeballphotography.com/product-category/antarctica/. 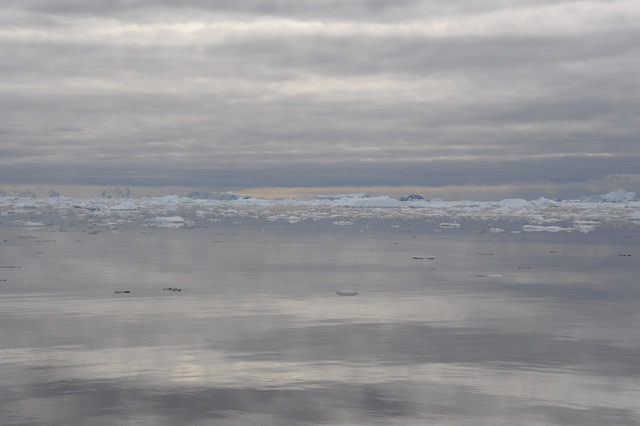 The Ethereal World of Antarctica
Photo by Jane Ball

This entry was posted in Connecting to Nature, Photography/Art, Whales & Oceanography. Bookmark the permalink.